AO! Akropong Ampaa Ni? [AO, Is This What Akropong Has Come To?] 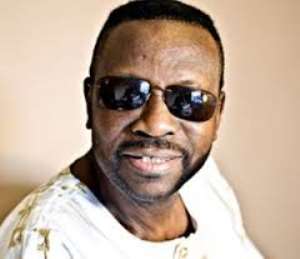 There are certain qualities which are sometimes attached to specific entities in our country.

One of the best-known of these is the courteous nature of the people of Akuapem, especially, the people of their capital town, Akropong.

These are people who are known to smile a great deal; a tendency not a little encouraged by the fact that the water they drink is so so good that they generally possess marvellously good teeth that accentuate their smiles.

But the smiles also come from within: Akropong is where Christianity was first introduced to the Gold Coast by Basel Missionaries from Switzerland and Germany. Courteous behaviour: (ƆpƆw; obuo); humility (ahobrƐase); and truthfulness (nokwaredi); are among the rare traits of character that the Christian missionaries sought to get their converts to adopt.

And it worked: the teachers trained at the Presbyterian Teacher Training College , Akropong, and distributed countrywide to spread education and “modern” living practices amongst the people of the Gold Coast, were often models of these qualities. And the children the teachers taught, silently absorbed some of these qualities, whilst laughing secretly at others.

(For instance, in my junior Presbyterian school, we told one another sarcastically that the farthest an Akropong-trained teacher might go to indicate to you verbally that you had behaved in an abominable manner would be to say, “MepawokyƐw se woanni wo ho ni koraa!); [pardon me to point out that you have not quite respected yourself!].The more outspoken Akropong people, from whom the teachers sprang, were [according to the irreverent amongst us] known to “explode” in anger by saying: “Mepa kyƐw se woyƐ aboya! [Pardon me to say it but you're quite an animal!]

Of course, these mocking renditions of Presbyterian behaviour were a travesty of the real situation, in that these same, alleged lamb-like, teachers could lay one on a flat surface and administer twelve of the very best from a raffia-cane, if one committed the sin of say, not attending a church service, or failing to memorise huge chunks of scripture or catechism, and hymns. Oh well – you can't win them all.

Anyway, the important issue is that Akropong is the last place on earth where I would have expected a public gathering to take place whilst the Government of our country had issued an edict banning public gatherings, church services and funerals (among other things) as a measure of combating the deadly COVID-19 disease that has currently spread its deadly wings upon us all. Don't the people know that the disease is hoping that we shall make mistakes that allow it to pick us one at a time and send us top an early grave?

What did Akropong do wrong? Read on:

QUOTE: Four persons have been picked by [the] Police in Akropong [Akuapem] for violating the ban on social gathering and distancing, by installing a chief.They were picked [up on] Friday afternoon [1May 2020] by a police team led by the District Police Commander, Stephen Tetteh.

The suspects are three chiefs and a linguist. They have since been granted bail to report to Police on Monday [4 MAY 2020]. Ghana has recorded 2074 coronavirus with 17 deaths and 212 recoveries as of April 29,2020.As a measure to contain the spread of coronavirus, President Akufo-Addo has suspended social gatherings with more than 25 persons. UNQUOTE

In other words, the arrested people had acted as ring-leaders (sort of) in organising a ceremony that goes directly against the Government's ban against public gatherings.

It is not my desire to discuss here, the pros and cons of a chieftaincy dispute at Akropong that has lasted a good five years. But the public interest aspect of the ceremony and the behaviour of the people who organised it is so overwhelming that it would be totally remiss of those of us in the media not to condemn such a gathering utterly.

In the first place, this COVID-19 pestilence is not something to be taken lightly. As I write, the disastrous effects of the disease on a global basis, is as follows:

QUOTE: Situation in numbers (by WHO Region)

With all due respect, this is not the type of disease that anyone should be allowed to spread to others, even within his own community. That it has the peculiar intrinsic propensity to cross ethnic and regional boundaries and infect every part of the country, is precisely the reason why our Government declared a lock-down, and then relaxed by limiting the ban to public gatherings.

It is even questionable whether the partial relaxation was such a wise thing to do. But given the riotous situation our Government had inadvertently created, by its humanitarian desire to distribute food to the needy, (alas, without proper pre-planning) it had to choose between allowing people to go about finding their own food supplies, or taking the risk of starving them by the unexpected consequences of administrative edicts.

That egoistic or ignorant traditional office-holders should take advantage of the situation to install themselves into office is a scenario that must be vehemently repressed by the Government. It is duty-bound to act strongly to teach others the lesson that it won't tolerate any future [local] acts of irresponsibility that can expose the public as a whole to the certainty of disease and, potentially, death.

What is most alarming, when one views video reports of the enstoolment/destoolment fiasco at Akropong, is the obviously “benign” presence of soldiers and policemen during the troubles. This brings three very serious questions to mind:

1. Were the security authorities not provided with intelligence, apprising them of the possibility that the emotional triumphalism/anger that would greet the Eastern Region House of Chiefs ruling on the 5-year festering chieftaincy issue at Akropong, could end in illegal gatherings being organised? If not, why not?

2. Was the Government aware that the Eastern Region House of Chiefs was about to deliver its judgement on this enormously controversial issue, and if it was, why was it unable to take the precautionary decision of warning the House to delay the judgment, till the pandemic had passed or been effectively reduced?

3. If the Government was aware of such factors but out of “reverence” for traditional acts and practices, it was not advised to act firmly to pre-empt a breach of the law, mustn't some heads roll? Can the security of the populace continue to be entrusted to advisers and alleged experts who can so blatantly bring disgrace to the Government which they have sworn to serve?