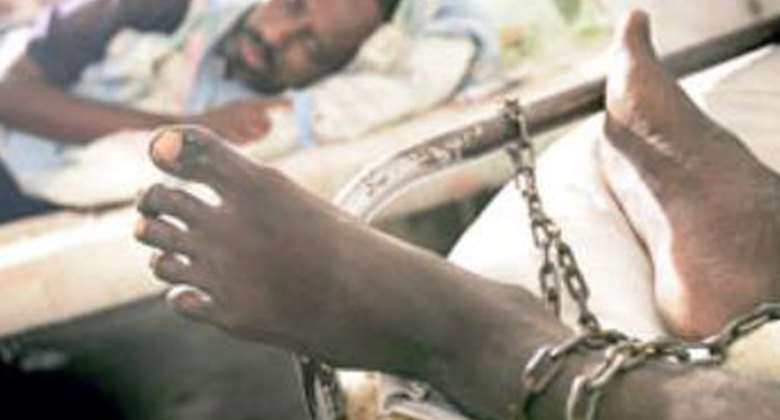 The Mental Health Authority (MHA) under the Ministry of Health with the support of Development partners such as Department for International Development (DFID) and Non-Governmental Organisations (NGOs) such as Basic Needs over the years have contributed immensely to the development of Mental Health Care delivery in the country.

With the coming into force of the mental health Act, the Mental Health authority collaborated with the sector ministry to develop mental health policy to serve as a framework to capture the vision informing the Mental Health Law. The policy is designed to support good mental health services in Ghana in a way that is integrated, holistic, decentralized and culturally sensitive. Series of engagement and stakeholder consultations were initiated and facilitated by the Mental Health Authority under the Leadership of the Chief Executive, Dr. Akwasi Osei with the support of the Ministry of Health and other Development partners such as DFID. Mental Health Policy 2019 – 2030 has been finalized to guide the operations of the Authority and provide framework for supporting achievement of good mental health for people living in Ghana. The final document has been sent to the Ministry of Health for further submission to Cabinet for approval.

In another development, the MHA has develop a strategic plan to operationalize the MH Policy, taking cognizance of current worldwide developments in mental health, to transform the way mental health problems are dealt within the Ghanaian society across the life span in consonance with Ghana’s middle income status.

After the passage of the Mental Health Act, the MHA did not rest on its efforts. Several consultations and engagements were made to ensure that the corresponding Legislative Instrument (LI) to formally operationalize the Mental Health Act was passed and published. In that regard, the Authority engaged various stakeholders, among them are the Parliamentary Select Committee on Health, the Attorney-General’s Department, NGOs in Health, and Development Partners separately to work towards the passage of the LI. The Leadership of Parliament was also engaged and thankfully the LI has been passed. It has also been published and is currently operational.

Furthermore, before the enactment of the Mental Health Act in 2012, there was little emphasis on community-based care. Now however, The Authority initiated a paradigm shift and a new focus on increasing emphasis on community care. Since 2012, it has actively worked to promote a model for community mental health care and development.

Through the efforts of the Authority with the support of Ghana Health Service (GHS) all district hospitals have psychiatric units which attend to patients and admit as necessary to the general wards. Regional Hospitals provide mental health services with three having dedicated psychiatric wings for admission purposes.

Mental health service utilisation has increased drastically since 2012 till date. The reason for the increase is multifaceted. Notable among them are; awareness and sensitization created by the mental health authority through various social media platforms, school health education, and community durbars among others

In another development, the Authority is collaborating with other stakeholders and trained traditional and faith-based healers on the provision of care to persons with mental health condition. Private hospitals have also been engaged to integrate mental health services into their general services.

NGOs that provide and support mental health delivery are constantly engaged to support persons living with mental health conditions, and to increase the awareness on mental illness to prevent and reduce stigmatisation.

On the issue of QualityRight in mental health, the Mental Health Authority collaborated with World Health Organisation (WHO) and other Stakeholders to institute QualityRights in Mental Health, Ghana. The project sought to:

In reference to the above, all stakeholders are encouraged to register for the QR e-training course at www.qualityrights.com.gh . It’s free

Mental health is severally underfunded despite its huge prevalence. Mental, neurological and substance use disorders (MNS) affect one in four people during their lives and one in ten at any given time, thus affecting billions of people globally. In addition MNS is a leading cause of disability, causing death, loss of jobs and productivity. A report published by WHO (2013b) indicated that men in high income countries with severe MNS die up to 20 years earlier than women with the same condition. The report further revealed that, for women the figure is up to 15 years. In the light of this phenomenon, the WHO (2013b) report showed that in low income countries and low middle income countries only 0.5% and 1.9% of the total health budget is spent on mental health care. The situation is just as serious in upper-middle-income countries (UMICs) and Higher Income Countries (HICs), with UMICs at 2.4 percent and HICs at 5.1 percent (WHO, 2013b). In spite of all the above issues, a study by Mackenzie and Kesner (2016) showed that the little funding for mental health care delivery is unclear in terms of its distribution for care.

In the context of Ghana, the situation is the same. Funding for mental health care in Ghana is poor. Mental illness is associated with high levels of health service utilization and its associated cost (Raja et al 2010). In spite of this, the few resources devoted to mental healthcare in the country by government, are largely allocated to the psychiatric hospitals of which about 80% is for payment of salaries, neglecting fund for community activities.

The Mental Health Act with its corresponding LI has made a provision for a sustainable mental health funding. The Act and the LI proposes an establishment of a Levy to fund the health care delivery. The mental health act establishes that mental health care delivery in the country is free. The care being free means that some other party must pay for it so that the service users can access it for free. It is in this light that the Authority is leading and calling on all stakeholders to come together and lobby all stakeholders who have a say in this national issue to ensure the establishment of the Levy. With the Levy, there will be enough funds if not adequate to fund the care that persons living with mental illness will access. The levy will also help the Authority to have enough funds to create its structures and build rehabilitation centres, half way homes among others to expand access to mental health care in the country.

To this effect, the Authority is calling on all stakeholders to push for the establishment of the mental health levy.