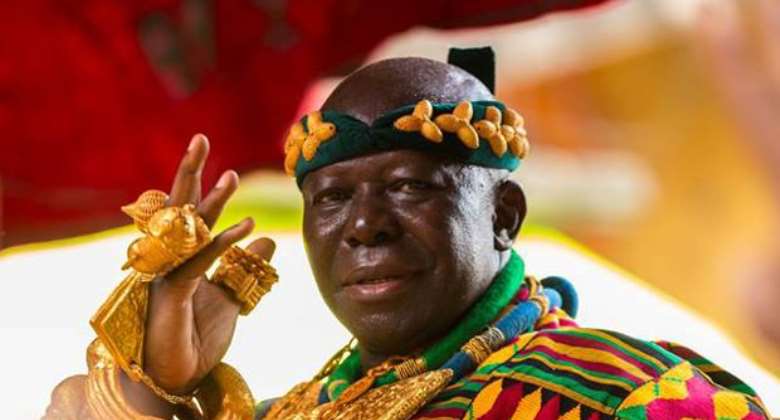 “Your sterling leadership has been above reproach and you have gone beyond being a symbol of tradition,” he added.

Coming shortly after the 21st anniversary of your ascension to...

Posted by John Dramani Mahama on Wednesday, May 6, 2020

The overlord of Asante has been the monarch since 26 April 1999 following the death of his predecessor Otumfuo Opoku Ware II.

Known in private life as Nana Barima Kwaku Duah, he is the youngest of the five children of the late queen mother Nana Afia Kobi Serwaa Ampem II.

He is credited with the creative way he intertwines tradition with modernity by mobilising his subjects to partner government institutions in uplifting the people.

His educational fund, known as the Otumfuo Education Fund, since its inception, has benefited over 5,000 students at various levels of education. His health fund provides financial and material support for the reduction of maternal and infant mortality, glaucoma and other eye diseases, Buruli ulcer as well as the eradication of guinea worm disease.

Otumfuo Osei Tutu II has been nicknamed ‘King Solomon’ after the wise king of Israel for his sapient counsel in solving challenging problems including several land and chieftaincy disputes in the Asante Kingdom. He has extended his wise counsel to governance and has over the years contributed immensely in finding lasting solutions to political differences between some of the past and present presidents of Ghana.

The Asantehene is highly revered in the Asante territories (Ashanti Region and other parts of Ghana) and is often regarded as the first among equals of traditional rulers in Ghana.

In February 2020, he became the first person to receive the 'Pillar of Peace Award'. This was in recognition of the effort that he put into restoring peace to the kingdom of Dagbon which spanned nearly two decades.

He is also the Chancellor of the Kwame Nkrumah University of Science and Technology (KNUST).