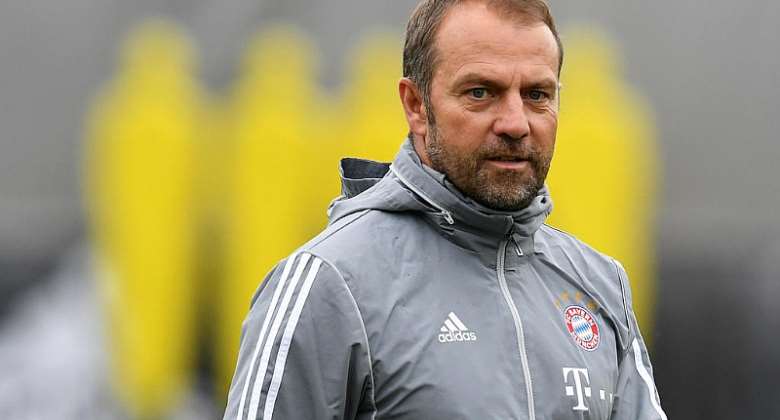 German politicians will decide on Wednesday whether to allow matches to be played behind closed doors in the top two football divisions.

Action was suspended in March in the Bundesliga and 2 Bundesliga as Angela Merkel's government installed a nationwide lockdown to combat the spread of the coronavirus.

Germany, with nearly 7,000 deaths, has emerged relatively unscathed from the virus in comparison to neighbouring countries such as Italy and France where the respective death tolls near 30,000 people.

Politicians believe restarting play is acceptable to limit the economic damage for the 36 clubs in the top two divisions who stand to recoup 300 million euros in TV rights if they are allowed to contest the nine remaining matches in the Bundesliga season.

When the action was halted, there was a four way tussle for the top flight title.

Title to be decided
Bayern Munich boasted 55 points from their 25 games. Borussia Dortmund were second with 51 while RB Leipzig and Borussia Moenchengladbach added to the chase with 50 and 49 points respectively.

Merkel and leaders of the 16 German provinces will announce their verdict following a telephone conference.

It is understood they will allow a resumption with strict provisos.

"Restarting match activity must be preceded by a two-week quarantine, where appropriate in the form of a training camp" for players," said a document leaked to news agencies.

Last week, the German Football League (DFL) threw its weight behind a resumption.

It produced a plan under which players, coaches and officials would be constantly tested.

Example of football
Germany's health minister, Jens Spahn, signalled the likelihood of a resumption during several media interviews about the DFL scheme. “It makes sense and can serve as an example for other forms of professional sport,” he said. “But it has to be lived up to.”

If the Bundesliga restart were to be approved, it would be the first major European league to resume following the continent-wide lockdowns.

England's Premier League clubs are thrashing out proposals for a return in a country which has witnessed more than 30,000 deaths - Europe's highest tally.

Last week, France's prime minister, Edouard Philippe, declared the professional sports seasons over as he revealed plans for the country to emerge from its two-month lockdown.

The Ligue de Football Professionel, which runs the top two divisions, declared Paris Saint-Germain as champions and attributed places in next season's Uefa Champions League to second placed Marseille and Rennes - who were third - when play was suspended in March.

Organisers of the Eredivise in the Netherlands ended the 2019/20 campaign without alloting the title. They said there would be no relegation or promotion.

Fear of playing
Italy's Serie A and Spain's La Liga are negotiating a return. In Spain, players at the top flight club Eibar released a statement highlighting their concern that restarting competitive matches in June could contribute to a fresh outbreak of the coronavirus in Spain where nearly 26,000 people have died.

"We are afraid to start an activity where we will not be able to meet the first recommendation of all experts, which is physical distancing," their statement said.

"The priority must be the health of everyone and it is time for that idea to prevail with facts, not just words. Only with that clear premise would it make sense to return to competition. We ask for guarantees. We demand responsibility."

Officials at La Liga defended the move to restart the campaign.

"We are taking many precautions for a safe and controlled return of football. Playing football will be safer than, for example, going to the super market or pharmacy," said a La Liga statement.