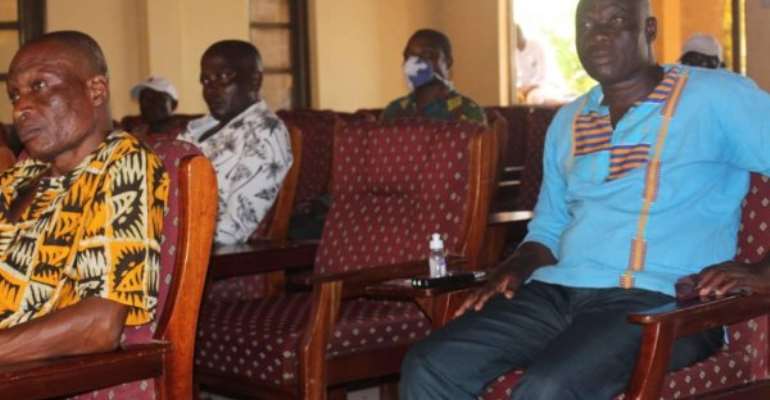 “The Government is putting measures in place so that people don't come in, so you don't create leakage through our backdoor. That is very dangerous and unpatriotic,” he said.

The Director who gave the admonition at a meeting to sensitise chief fishermen and their roles in curtailing the COVID-19 spread said fisher folks should not use their canoes to bring in travelers who could not enter the country due to the border closure, saying, that would be a means of importing the virus into the country.

He called on them to be vigilant and watch out for the 'bad guys' and “come together in this critical hour to protect ourselves, families, and the community.”

Mr Iddi urged the chief fishers to inform the appropriate authorities of the arrival into the country of fishermen from other parts of the continent and restrain from interacting with them before their testing.

He also encouraged the practice of social distancing protocols at the beaches saying, conscious efforts must be made to keep enough distance while pulling the net from the sea and at the landing beaches.

Mr Iddi said it was important to stay safe because for the fact that “we live as a community, there'll be a spread if one of us tests positive to the disease... so please, prevention is the only way out.”

Mr Amos Agboado, Secretary to the Chief fisherman for Atiteti Fuveme said compliance was the key and urged fishers to adhere to the protocols.

Mr Godwin Edudzi Effah, Municipal Chief Executive for Keta asked the participants to take the education to other fishermen at their respective landing beaches for the needed impact.