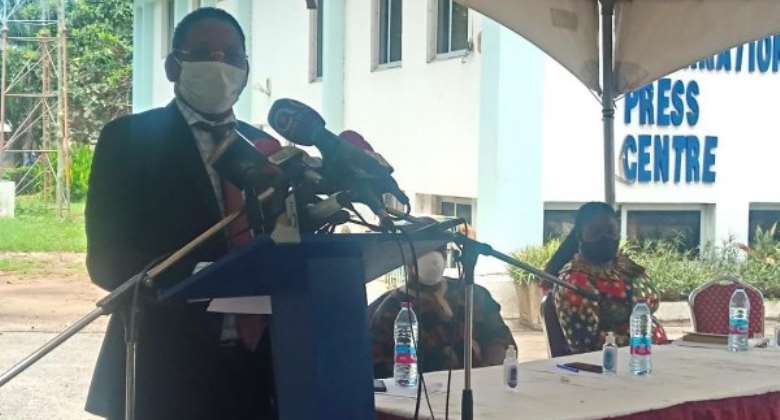 Mr Abdourahamane Diallo, UNESCO Country Representative to Ghana, has said the economic fallout from the pandemic has led the International Monetary Fund to predict that 2020 would see the worst economic recession since the Great Depression in the 1930s.

He said the International Labour Organisation also expects the loss of the equivalent of 195 million full-time jobs; stating that in this context, media organisations have been hit hard.

He said despite the record audience growth, the health of the news media industry was at risk; “Advertising revenue has dropped suddenly”.

Mr Diallo said this on Monday at the flag-raising ceremony to mark World Press Freedom Day in Accra.

The event, which was organised by the Ghana Journalists Association (GJA) in collaboration with the UNESCO, was on the theme: “Journalism Without Fear or Favour.”

The annual celebration which fell on Sunday, May 3rd, serves as an occasion to inform citizens of the violations of press freedom.

In 1993, the UN General Assembly proclaimed 3 May as World Press Freedom Day following a recommendation adopted at the 26th session of UNESCO's General Conference in 1991.

Mr Diallo said the Global Forum on Media Development has reported that some of its members have seen 70 per cent declines in advertising revenue, a trend observed globally, most dramatically for local and regional media, as well as in emerging markets.

He said UNESCO has teamed up with the World Health Orgnisation (WHO) to offer a free Massive Open Online Course (MOOC) to train journalists on the pandemic.

“Let us not allow the monitoring mechanism for the safety of journalists to die. It could have offered us a platform to solve some of the current challenges. Together, we will ensure that our response to the crisis is effective,” he said.

“This unprecedented health crisis has the potential to rebuild citizens' trust in the media.”

Nana Ama Dokua Asiamah-Adjei, a Deputy of Information Minister, hailed the impeccable role the media is playing in informing, educating, and sensitizing the Ghanaians on the COVID-19 pandemic.

Mr Affail Monney, President, GJA, said the theme of the celebration reinforces the point that journalism was not a profession for timid, timorous souls but one for brave and uncompromising characters.

He said this tough, indomitable streak enables some leading journalists to talk truth to power, expose acts of corruption, and hold the powerful to account.

He said: “Press freedom is a liberty and not a license - liberty to perform and not license to destroy. The offenders must take note and repent.”

He reiterated the indispensable role the media were playing in the fight against the COVID-19 pandemic.

Mr Yaw Boadu Ayeboafoh, Chairman, National Media Commission, cautioned journalists not to allow themselves to be used as conduits for the propagation of fake news.