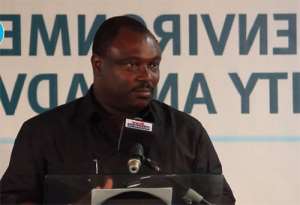 The Ashanti Region is set to get more than 50 new factories, under the Akufo-Addo's 'One District, One Factory' (1D1F) policy.

Some of these factories are currently at different levels of completion and others are about to take off.

Deputy Minister of Trade and Industry, Robert Ahomka-Lindsay, said in Kumasi over the weekend that 11 of the 1D1F companies had been completed and had started production in the region already.

He mentioned the Obibinii Blackman Company and Spring & Boat Company as some of the completed 1D1F companies that were currently operating.

The deputy Trade and Industry Minister said the government was committed to supporting industries, and the completion of these factories would boost the economy.

According to him, some banks have been giving financial support, in the form of loans, to these companies to start.

He said nine other companies under construction in the region would soon be commissioned to bring more jobs for the people.

He added that “drawings of six of the proposed companies are ready and they are currently in the bank for credit approval.”

Mr. Ahomka-Lindsay hinted that the African Development Bank was in negotiation to provide financial support for 12 proposed 1D1F companies.

He said the positive impact of the 1D1F policy had spread across Africa “as some countries are ready to imitate Ghana.”

According to him, several countries have sent their delegation to Ghana to learn about the 1D1F programme, adding “the 1D1F policy is working effectively in the country as some countries have expressed their desire to learn from us.”

He was confident that if the 1D1F policy is sustained for 20 years “Ghana will change positively.”