Tobinco Covid-19 Drug To Be Ready In June 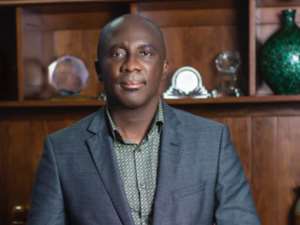 The local production of hydroxychloroquine and azithromycin — the two main drugs for the treatment and management of Covid-19 — will commence by end of this month, the Chairman of the Tobinco Group of Companies, Samuel Amo Tobin, has revealed.

The new drug developed to treat Covid-19 patients will be produced by Entrance Pharmaceuticals and Research Centre, a member of the Tobinco Group of Companies, for sale in the Ghanaian market latest by June 2020.

The partnership between Tobinco and its Indian counterparts facilitated the deal but for which the Ghanaian top pharmaceutical firm would not have had the privilege of importing the ingredients. The export of the ingredients is restricted in India and only a few companies outside that country are permitted to import them.

Mr. Tobin while throwing more light on the subject yesterday said the combination of hydroxychloroquine and azithromycin has proved to be effective in dealing with the deadly coronavirus.

“Since the disease was discovered the drug has been widely used and India banned this drug for export. The price of the drug has since jumped from $18 to $1,200, and this tells you about the efficacy of the drug on Covid-19,” he said yesterday.

According to him, US President Donald Trump tried to import the drug from India, but the latter declined.

Exim Bank's decision to advance a $5 million facility to Tobinco was informed by its conviction that it would be put to good economic use, the recent visit to the pharmaceutical giant's premises by the bank's top managers serving as an impetus.

Mr. Tobin indicated that the Entrance Pharmaceuticals Limited, a subsidiary of Tobinco Group of Companies, and the firm leading the charge in the production of the Covid-19 drug have the capacity to produce the drug for the local market and for export, intimating that this might have accounted for the choice of the bank, factors which he added informed Exim Bank's decision to support Tobinco.

“Entrance is one of the biggest pharmaceutical brands in West Africa. Our collaboration is in the best interest of the nation and we are proud to be doing this for Ghana,” he asserted.

The Chairman of Exim Bank Credit and Investment Committee, Nana Dr. Appiagyei Dakanwoso, said the bank believes in building local capacity to ensure import substitution, adding “this is why we are collaborating with Entrance to manufacture the drug for Ghanaians. This will be the first local manufacturing of the drug. All the hydroxychloroquines are imported,” he disclosed on the same network.