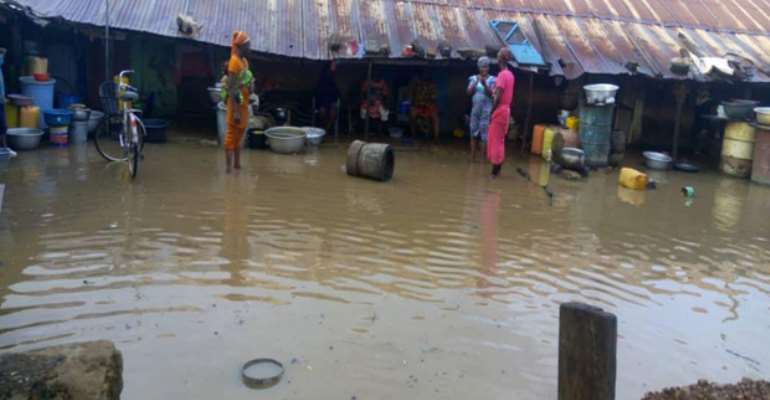 The rainy season appears to have either commenced or on the verge of doing so, and for some residents of Accra, it is time for the perennial nightmare.

For those who do not suffer the inconveniences of having their homes taken over by flood, they would definitely encounter portions of the city's roads taken over by water and garbage from the drains.

The authorities are feverishly preparing for the rains the most important of which preparation is the de-silting of the gutters and drains.

Last Saturday, Works & Housing Minister Samuel Atta-Kyea and other dignitaries went on a de-silting exercise of some gutters and drains in areas prone to flooding, symbolic gestures to flag off the 2020 exercise. It is a practice which has become a feature of the city and suggests that every year gutters must go through this treatment because we shall continue to dump domestic garbage into them.

While some floods can be regarded as force majeure, the ones which visit Accra annually are not, by and large.

During his remarks after signalling the commencement of the exercise, the minister expressed concern about the reckless relationship between some residents and the environment as evidenced by gutters filled with domestic garbage.

We cannot agree more with this remark except to add that such residents are not only reckless but irresponsible. To think that such residents are oblivious to the repercussions of the dumping of refuse into the gutters is untrue. Their action is born out of recklessness and the erroneous belief that the assemblies must take care of the filth they dump into the gutters.

Accra experiences floods because most of the refuse generated from homes end up in these gutters and drains. We are still harbouring the open drain system inherited from the colonial era which makes it easy for households to simply dump these into the gaping gutters.

The minister put it rightly when he said that this negative attitude returns during the raining season to haunt those responsible for the choked gutters in the form of destructive and sometimes killer floods.

Migrating from the open gutter or drain systems to the covered type as it is done in other societies is a wonderful concept which as the minister suggested would save the country the whopping amount of money expended annually to de-silt. The capital outlay is, of course, huge but it makes economic sense under the circumstances. For us, therefore; it is worth an effort.

We were measured in our excitement when the Mayor of Accra Mohammed, Adjei Sowah, said the applicable by-laws would be enforced as a means of stopping the unacceptable attitude towards the environment.

If only the relevant authorities would apply the existing sanctions to defaulters, something positive would be experienced and the state would not have to annually cough out so much to de-silt.