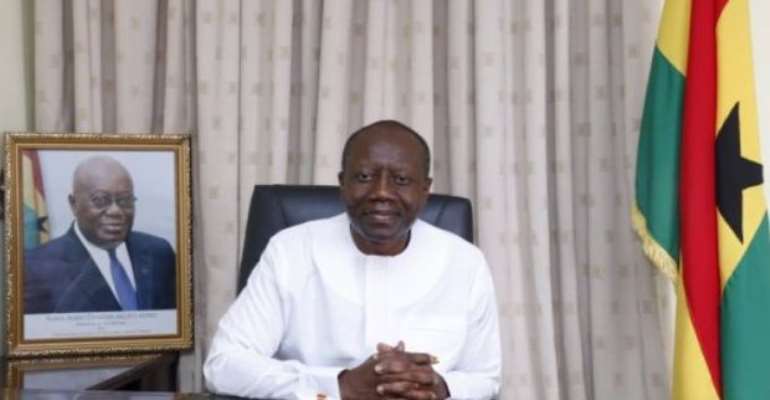 The Supreme Court has dismissed the case filed against the Minister of Finance, Ken Ofori-Atta, in the issuance of the $2.25 billion Eurobond in 2017.

The Chief Justice, Kwasi Anin-Yeboah who announced the decision said the reasons will be made available tomorrow, Wednesday.

DYMOG, the group that went to court over the issue accused the Finance Minister of procedural error and conflict of interest in the issuance of the bond.

It was the case of DYMOG that the Finance Minister in issuing the bond to Franklin Templeton had put himself in a conflict of interest situation because one of the directors of the US-based investment group Trevor Trefgarne is also a director of a company owned by the Minister.

The group in the suit invoked the proper jurisdiction of the Supreme Court to interpret Article 284 of the 1992 constitution which states: “A public officer shall not put himself in a position where his personal interest conflicts or is likely to conflict with the performance of the functions of his office”.

Among the reliefs, the group sought included; (a) A declaration that by going beyond investigations to make a pronouncement (of guilty or otherwise) on the 1st Defendant in respect of the allegation of breach of conflict of interest, the CHRAJ has contravened Article 287 of the 1992 Constitution.

DYMOG also sought a declaration that “by issuing or overseeing the issuance of the said bonds to Templeton without disclosing his relational interest with a director at Templeton, one Trevor G. Trefgarne, the 1st Defendant has acted in contravention of Article 284 of the 1992 Constitution.”

The bond in question was issued in February 2017, shortly after the Akufo-Addo government was sworn into office.

DYMOG also joined CHRAJ to the suit at the apex court after accusing it of allegedly overstepping its limits in the controversial 2.25 billion-dollar Eurobond issued to Franklin Templeton.

DYMOG sued the Commission for clearing the Finance Minister of the allegation of conflict of interest in relation to the issuance of the government bond.

The group claimed that CHRAJ, in reviewing a petition on the controversial bond, decided to make some assertions on the matter that are 'totally' out of context thereby infringing the provisions of the 1992 constitution.