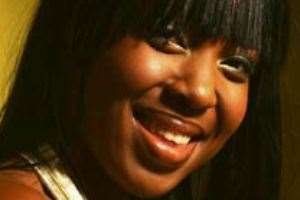 
Jacob Zuma's daughter, Gugulethu is to make her debut on one of South Africa's most popular soap operas, Isidingo.

South Africa's first daughter plays the part of a young woman who returns to her humble beginnings after studying abroad for five years.

This will be her second appearance on the small screen. Her first TV role was as a police officer in a local police drama last year.

She has denied suggestions that she got the role because of her father.

She secured the part after three auditions.
The character she plays grew up on a farm where her father worked as a stableman.

Isidingo, broadcast on the state-run SABC, is set in a small mining town and follows the lives of its residents, black and white, rich and poor.

Ms Zuma, 24, has a BA degree in Live Performance from the AFDA film school, one of South Africa's most reputable performance arts schools.

She is married to Bongani Ncube, the son of Zimbabwean minister Welshman Ncube, a senior member of one faction of the former opposition Movement for Democratic Change.

Supply laptops to teachers for monies deducted before end of...
50 minutes ago