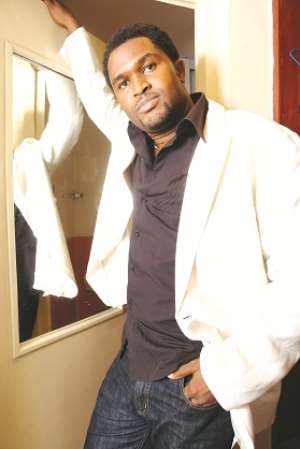 -ID Cabasa headlined as producer of his debut album

Emmanuel Babayaro is smarting from his recently released singles, and

the making of his first music video entitled Naija Area.

Devine, Tope Swag, ID Cabasa but to mention a few. The footballer now

search for another location for his next video. The video launch will

hold at the end of this month and a glut of ex-footballers, fans and

family members are expected to grace the occasion.
Meanwhile, hot in demand producer ID Cabasa is headlined to produce

Emmanuel Babayaro's debut album which is in its formative stages.

Emmanuel Babayaro, who is the elder brother to Celestine Babayaro,

said music was his first love before he took to football. ''Football

is all about entertainment and so is music. Anybody that loves

football automatically loves music and movies. Music has always been

in me even before football; my parents expected me to become a

musician and not a footballer. My parents will tell you that even when

I was given birth to, I had the tendencies to entertain. But as far as

I can remember in my senses, me and my brother Celestine would dance

and perform in parties and weddings while we were still young. I think

''It is not a surprise; even my old school mates would tell you the

and Celestine were the main entertainers while we were in camp. We

always sing, dance and do a lot of other funny things when we were not

training.''
Emmanuel has always been a fanatic of rap and hip hop and his kind of

music fall into that category. ''I have always been a fan of rap and

hip hop music. That is what I do principally rap. But my album may be

a fusion of Naija Pop, Jazz and hip hop.''
The ex-footballer has waxed five songs and he has three more in the

making, he is also into acting and movie productions. Emmanuel

minds of music lovers.
Emmanuel is a fan of Nigerian music and artistes such as: Asa, Sasha,

Banky W, Wande Coal and D'banj. ''Coming into the music industry is a

different ball game entirely. I only have the talent and I know that I

can sing and I know I can do great songs. I did some joints recently

with ID Cabasa and he couldn't believe I could measure up that well. I

will be released on the stable of Rectitude records.'' He said.