Listening parties at base lounge 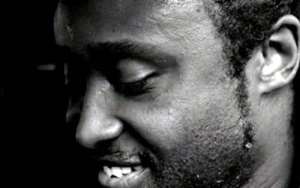 As part of efforts to rejuvenate live music and the arts and culture in general, live music is beginning to gain its past glory.

M.I Prime Entertainment, organizers of Bless Da Mic event at Base Lounge, has been putting together Listening Parties for several underground artistes.

Since the launch in September, several artistes have featured at the Bless Da Mic event, some of the notable names are Scooby Selah, R2B, Indigenous Groove, Scientific, Afrikan Baby, Future, Partan and lately Funky Boy.

Base Lounge has become a haven for fresh artistes and also ones with unconventional genres and styles. It is a place where Spoken Word poetry is also thriving and a part of the activities.

Base Lounge is fast becoming one of the few arts cafes in the nation's capital. In an interview with the Director of My prime entertainments, organizers of Bless Da Mic, Papa Yaw Addo, said, 'The program gives the opportunity to those who have something to say yet are not able to reach out owing to several constraints, we also present alternative music to the mainstream such as hip-hop, poetry, live acoustic performances and disc jockey sessions among other performances.

The event which comes off every Thursday attracts several Ghanaian celebrities such as the Godfather of hiplife, Reggie Rockstone, Kweku T of Big Brother fame, Kwame Faakye, Eddie Blay, Wanlov among other personalities.

'The Listening party concept is an opportunity to promote new artistes on the block and also underground artistes who are unknown in this country, every event is different, we try to be creative to give our patrons a potpourri of activities, for instance when we have the listening parties featuring a particular artistes, there are also several supporting artistes and up and coming ones that we do showcase,' added Addo Boateng

During the listening party sessions, artistes sell their music to patrons at the club and it is amazing the response most of the parties have generated for those who have used the Bless Da Mic platform to exhibit their art.

In a related interview with a regular patron of the Bless da Mic program, Kojo Arkoh, said, “It is a place for the youth to express themselves, as the name of the program suggests, you come through the avenue to bless the microphone and show everybody what kind of creative prowess you are made off and I tell you a lot of talents are discovered at every Bless Da Mic program which is a good thing'.

In the wake of live music waning in Ghana, it is unequivocally refreshing for venues in Accra to host live performances. Bless Da Mic program discourages miming as an art in music thus every artiste that performs there does a live presentation be it a spontaneous or well-rehearsed performances.

In countries such as South Africa, France, Germany and United States of America there are plethora of arts cafes sprang all over for youth to have a place to hang out and also enjoy live performances, where as in Ghana, there are very few of such places, thus Bless Da Mic stands out as one of the few venues where workaholics and other music lovers can go and chill out.

Bless Da Mic also has a philosophy of promoting African culture through music and the art. Papa Yaw further explained that, 'What we have put together is a cultural cafÃ© where we present hip-hop and all other musical genres in an African setting and also with African traditional spices. We also encourage artistes to play live music thus we have organized an acoustic guitar program dubbed 'Guitars in the Park'.

Base Lounge has become synonymous with live performances and poetry; it can be said that Bless Da Mic has been very instrumental in introducing Spoken Word Poetry in Ghana and many of the young vibrant poets are regular patrons of Bless Da Mic.

The Listening party continues to be the event of the moment bringing a new breed of consciousness to Ghanaian music.