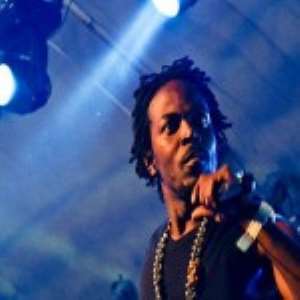 The album launch, which is a collaboration between Madtime Entertainment and Ghana Music.com, will be graced by artistes like Obrafour, Teephlow, 9ice, Agbeko, Kesse, Sarkodie, Brymo from Nigeria, Ike Wonder, E.L, Joey B, Ball J, Stonebwoy, Skonti and Black Prophet.

The album launch, according to Kwaw Kese, is expected to give all his fans the opportunity to interact with him, adding, “I will be available to sign autographs for my fans who will buy copies of the CDs.”

This new album brings out Kwaw's creative nature perfectly. The producers and featured artistes also added their different musical styles that added spice to the album and gave it a different feel.

Kwaw Kese in 2005 released his second single titled 'Matsewo Kwakwa' on another compilation album titled 'Sounds Of Our Time', produced by Hammer of Last 2 fame.

He later established his own record label called Madtime Entertainments in 2005 where he released his first solo album titled 'Na Ya Tal' with the popular slogan 'Abo Dam'.

His album got him a nomination for Discovery Of The Year and Popular Song in 2007 Ghana Music Awards.