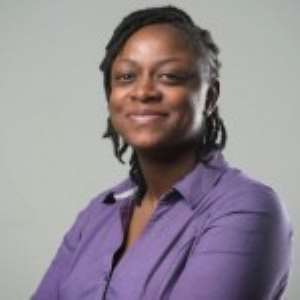 Airtel Ghana and TRACE have launched season 2 of the biggest music contest on the continent, Airtel Trace Music Star (ATMS), in a grand ceremony at the exquisite Plot 7 Lounge in Osu, Accra.

The star-studded launch, attended by top Ghanaian artistes and influential people in the music and art industries, included Reggie Rockson and Becca – who are part of the judging panel for season 2 – and Bice Osei-Kuffour, MUSIGA president, who was the special guest of honour.

She said the competition's uniqueness lies in the fact that it provides the platform for every Ghanaian on Airtel who has a voice and a passion for music to actualise their dreams.

“It is a competition for every budding musician out there looking for an opportunity to rise to stardom without the hassle of going through unending auditions and nervous stage moments,” she added.

.
Explaining how the competition works, Mrs Fynn said, “To enter, all you need to do is to call the Airtel short code 533.

Mrs Fynn said once entries are submitted, they will be vetted by a team of distinguished judges with a focus on originality, voice quality, amongst others.

“Contestants who make it will be notified and progressed to the next stage of the competition where the finalists over the period will contest in the national finale where the winner walks away with GH ¢50,000 prize money and an all-expenses-paid trip to Lagos for the Pan-African finale,” she said.

MUSIGA President Bice Osei-Kuffour commended Airtel Ghana for launching the innovative competition that is set to discover the “next biggest music star not only in Ghana but across Africa.”

He pledged MUSIGA's support for the competition.
By Jamila Akweley Okertchiri