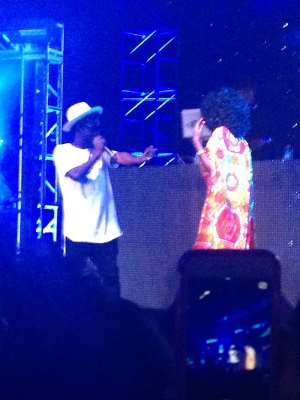 In celebration of Ghana’s 59th independence day, some of Ghana’s top musical acts participated in a concert at Echostage in Washington, DC. Wondaboy and Ice Prince, two Nigerian artists, also helped with the Independence Day Celebrations.

Edem, Sarkodie, Bisa Kdei, Wonda Boy, Ice Prince, Efya, and Fuse ODG brought their A game to Echostage and did not disappoint. For those concert goers who had never seen African artists perform live, it was a life changing moment. Edem opened the show , and the only female artist, Efya,wowed the crowd in her bright orange African attire, which resembled an outfit worn by Africa’s Lupita Nyong’o. Efya’s stage presence commanded attention while her powerhouse vocals invited the crowd to sing along. When she invited the crowd to sing along with her to one of her first hits, “Little Things”, the crowd didn’t hesitate, singing every single word and acknowledging every single pause. Before Efya ended her series of songs, she sang “One of Your Own”, one of her most recent songs featuring Bisa Kdei. Bisa Kdei joined her on stage and together they powerfully sang their song and had a small dance off.

Following the performance of Efya, Wondaboy took to the stage. Considering the fact that the concert occurred during the weekend of Ghana’s Independence Day, the audience within Echostage was primarily Ghanaian. Wondaboy approached the stage with great confidence and continued to go with the flow, even as some men in the audience tried to boo him off of the stage. Wondaboy handled the hecklers with grace, and at one point even stopped singing to acknowledge them .As Wondaboy sang through his selection of songs, his songs got better and more and more people were moving to the sound of his voice and his catchy beats.By the end of his musical selection, those people who were standing still when he initially took to the stage were swaying back and forth. Assisting Wondaboy at the turntables was DJ Soupamodel. DJ Soupamodel, a Nigerian female DJ, was undoubtedly very skilled at her craft. Scratching, blending songs, playing beats and hit songs at the right moment, DJ Soupamodel was a crowd pleaser and she definitely got the crowd “turnt up” during the short intermission between Wondaboy and IcePrince’s performances.

Ice Prince, one of Nigeria’s top musicians, took to the stage after Wondaboy, around 1:47 am, dressed in all black. With a multitude of songs, Ice Prince easily went from one song to the next, and the crowd was right with him. From “VIP” to “Aboki” , Ice Prince took the eager crowd through a musical journey, with his high energy and limitless dance moves.

Once Ice Prince finished his performance, Fuse ODG started his selection of songs. With this being Fuse ODG’s first performance in Washington,D.C, it is fair to say he “slayed” it. He opened up his performance with the song “Only”, and Bisa Kdei joined him on stage towards the end of that song. In between songs, Fuse ODG encouraged the crowd to be proud of and acknowledge their African roots and African women. He also encouraged the crowd to support and appreciate the African talent and continent. When Fuse ODG sang “Azonto”, the crowd went wild and everyone started doing their own version of their Azonto.In order to find the best Azonto dancers, Fuse ODG invited two people to join him on stage, to have an Azzonto dance off contest. The girl danced her Azonto, and was quite good, but she wasn’t as good as Michael Sarfo, a Ghanaian guy from Maryland. It was clear that the Azonto had overtaken Michael’s body and he azontoed like no one else across the stage. For the night, he was undoubtedly the “Azonto King”. Fuse ODG continued to sing a few more hits before he closed out with his global hit “Antenna”.As soon as the beat for “Antenna” started, the crowd went wild and it was reminiscent of a soccer stadium filled with people cheering for their team. Hearing “Antenna” live , in DC, was a treat that the crowd happily accepted and enjoyed. Considering the fact that this was the first time Fuse ODG ever performed in DC, and possibly in America, there was no doubt that he nailed his performance. Even after he left the stage, people were still dancing to the remnants of his songs.

Around 2:40 a.m, after Fuse ODG’s performance, the stage was graced by the night’s last performer, Sarkodie. Sarkodie embraced the stage, dressed in all black, and just started rhyming and flowing. He tried to hype the crowd up by asking ,”Do we have Africa in the building?”, but by that point the crowd was so energized as a result of the previous performances they had witnessed and participated in. As a result of the countless number of songs Sarkodie has, he sang through many of them at rapid speed. He sang solos and then eased into duets with Ice Prince, Fuse ODG, Bisa Kdei, and Efya in an effortless manner. From “I’m in Love with You”, to “Adonai” to “ Down on One” to “ U Go Kill Me” , Sarkodie impressed the crowd with his collection of music, which was mixed with oldies and goodies. Together with the assistance of DJ Mensah, Sarkodie presented his music in a way which displayed his musical diversity and ability.

The All Access Ghana Concert, which was hosted by Eddie Blay Jr, and organized by Africa1 Media, was a wonderful event which showcased some of West Africa’s best talent, from the Djs to the musicians. 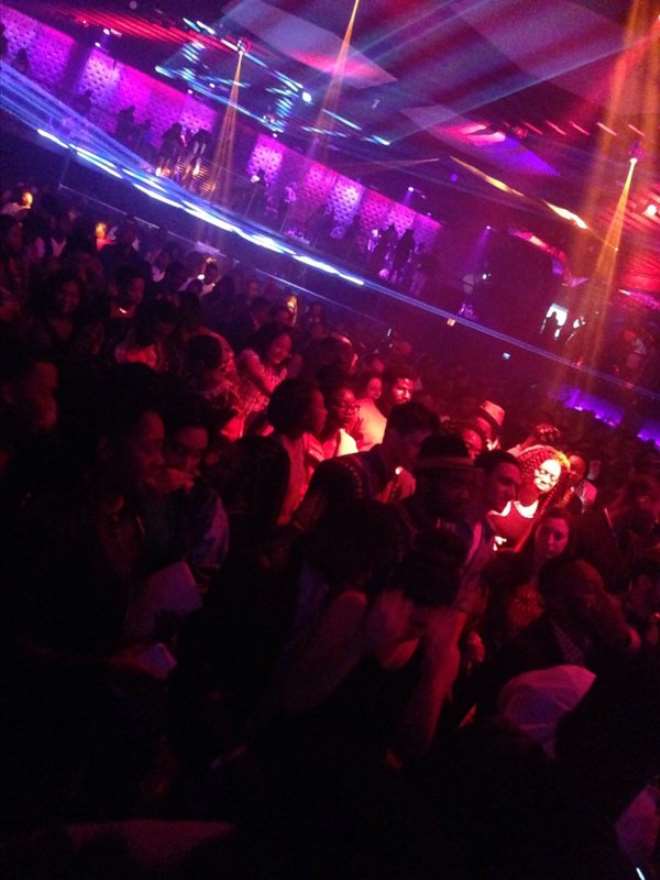 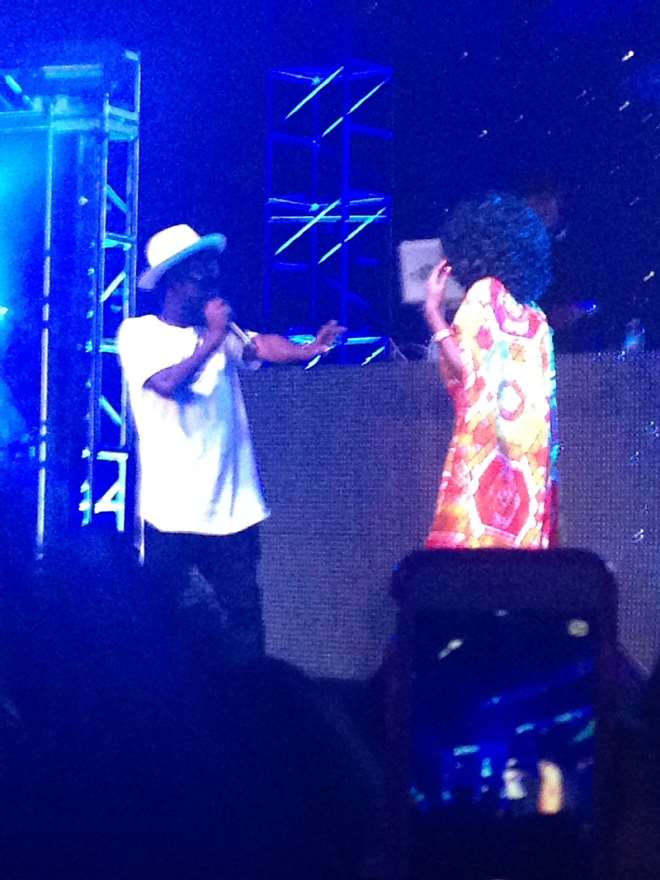 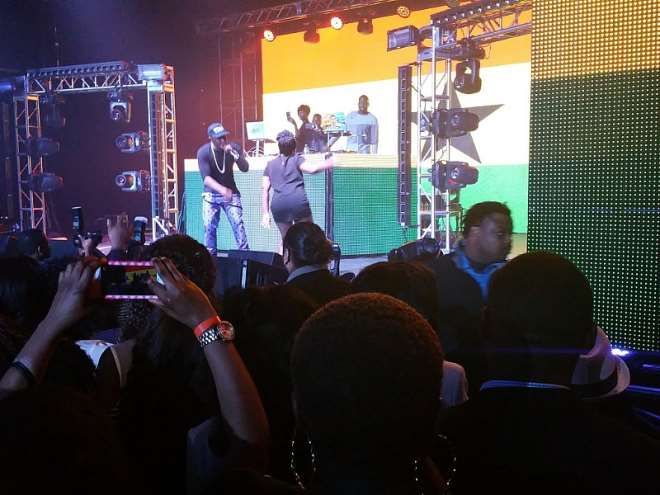 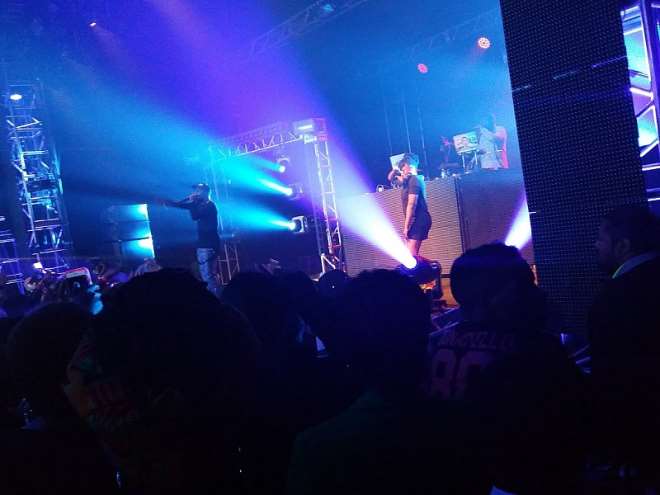 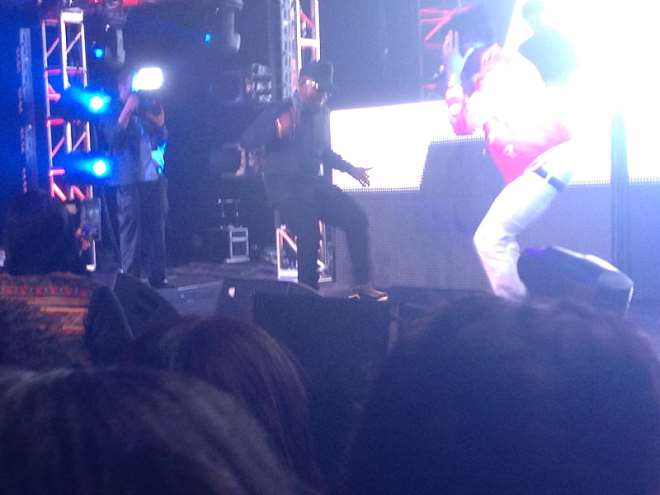 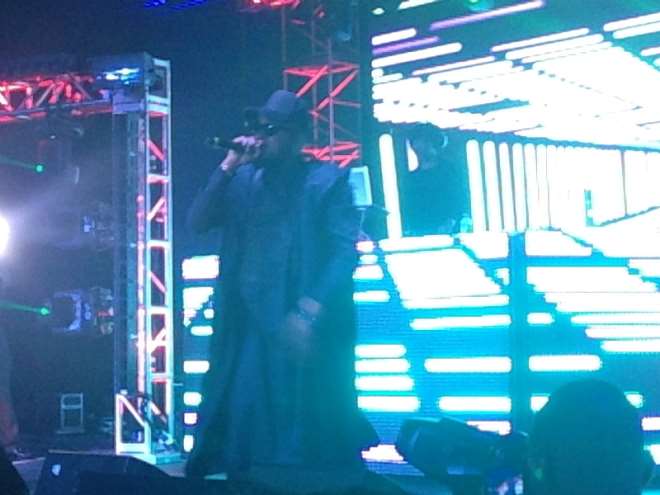 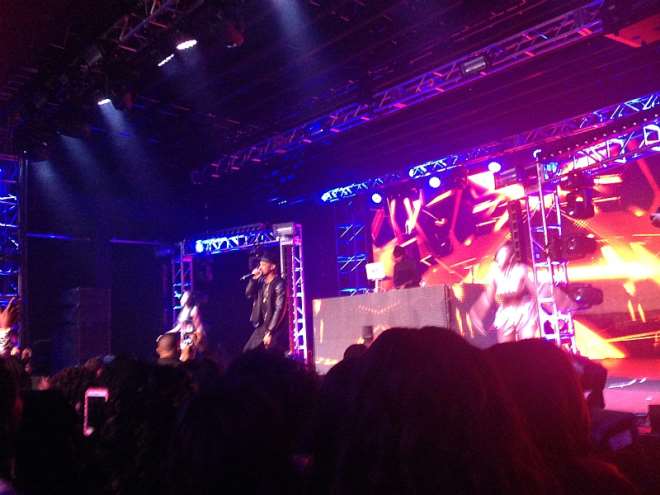