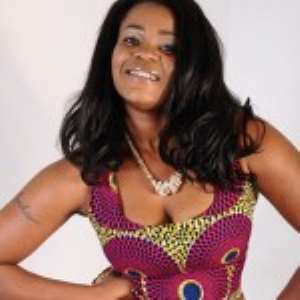 The beautiful actress told NEWS-ONE that she took a break to take care of her young family and also to manage her restaurant.

She gave an assurance that she would soon bounce back into full time movie production.

Luckie is one of Ghana's actresses who ventured into movie production early rather than remaining just a cast. Her debut production was Silence Is Golden in 2010 which featured Nollywood's big names Ramsey Nouah and Chika Ike.

.
In 2011, she came back hard with Familiar Strangers, a movie that made extensive use of Ghanaian actors such as John Dumelo, Nana Ama McBrown, Prince David Osei and a host of others.

It's been five years and Luckie says “I am still here. I am already working on my new production. I am yet to finalise on my cast. Hopefully by April I should start shooting,” she added.