“I Am Better Than Kofi Kinaata” – Willy Maame 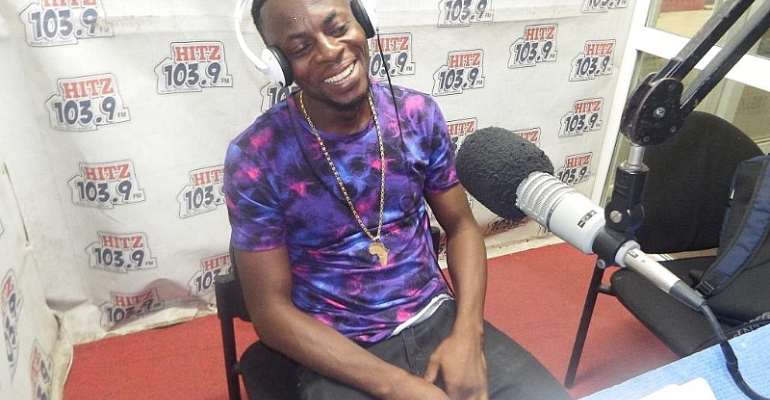 Tema based rap artiste, Willy Maame, who is signed to Doe Music label has disclosed that, his lyrical contents can’t be compared to any Ghanaian rapper apart from Hiplife legends; Obrafour and Okomfour Kwadee.

Boasting of his lyrics, the “Adaka” hitmaker said the likes of Kinaata, Cabum, Flowking Stone, et al can’t match his storylines and punchlines when it comes to rap music in Ghana.

The rapper, who recently released a Hip-hop jam dubbed “Kumasi Asei Me” was bragging during an interview with KJM on ‘Daybreak Hitz’ show on Accra based Hitz FM on Wednesday, February 24, 2016.

“No Ghanaian artiste can compare himself to me in terms of good storylines. Nobody! I can boast of my lyrics and I’m proud of it,” he stated categorically.

“Okomfour Kwadee is the only Ghanaian act whose storylines can be compared to mine,” he continued.

“Kofi Kinaata is not my class…he can never rap better than me. I like Kinaata and his music but I believe in myself and I know what I can do. He comes no closer to my songwriting and delivery,” Willy Maame added.

Willy Maame was on the show to premiere his latest inspirational track called “Ebenezer” before making those statements. The song which features Nero X was produced by Tubani Beatz and it’s expected to drop tomorrow, February 26.

Watch the full interview below.