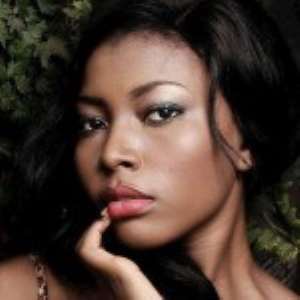 The organisers, Insignia Experience & Roberta Annan Consulting, have been ordered to pay Gifty a sum of GH₵130, 0000, which constitutes her prize package for winning the 2012 pageant and also her legal fees of GH₵ 10,000.

Gifty Ofori in June 2013 dragged the organisers of the pageant to court for a breach of contract and for illegally stripping her of her title as Miss Universe Ghana.

Prior to going to court, Insignia Group, co-organisers of the pageant in 2012, issued a statement that it had stripped Gifty of her title, hours before the crowing of the 2013 Miss Universe Ghana on May 24.

This was as a result of an interview she granted NEWS-ONE for not receiving her full prize package before the 2013 edition kicked off.

Gifty's prize package as publicised by Insignia Experience and RAC Group comprised an official car, accommodation for a year, participation in the 61st Miss Universe pageant in the US, a three-month internship at the United Nations (UN) in New York, and a presentation and modelling portfolio shoot by celebrity photographer Fadil Berisha in New York.

She was also to receive a Samsung Note 2 phablet, a four-page editorial spread in an international magazine, personal celebrity stylists in New York, Los Angeles and Accra and also management and representation by the Insignia Experience/RAC Group as well as a year of incredible experience of celebrity status and adventure.

She only received the Samsung Galaxy phablet, represented Ghana at the Miss Universe pageant in the US and also benefited from a photo shoot.

She then decided to complain but organisers said they had stripped her of her title for talking to the media; hence her decision to pursue the case in court.

.
The court presided over by Anthony Oppong J ruled that she should be paid the rest of her prize package, which was converted into a cash amount of GH₵130, 000.

Also, organisers were ordered to pay her legal fees of GH₵10, 000 and reinstate her as Miss Universe Ghana 2012.