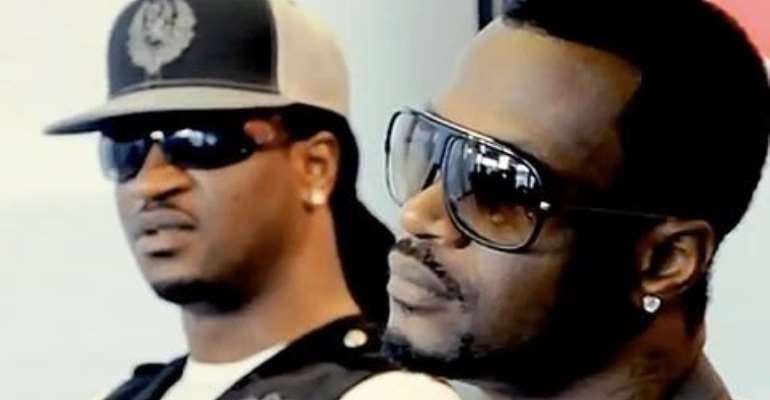 It’s yet another phase in the seemingly unending drama and break up tales in the P-Square camp and the usual suspect, Peter Okoye has embarked on a twitter rant.

This time, he says P-Square won’t break up but their management needs to be sacked!

The P-Square management is headed by their elder brother, Jude Okoye who doubles as the CEO of Northside Inc, home to reggae star, Cynthia Morgan.

The cause of this new feud is not yet known, but according to Peter Okoye, it’s been going on for over four years and they can’t take it anymore. 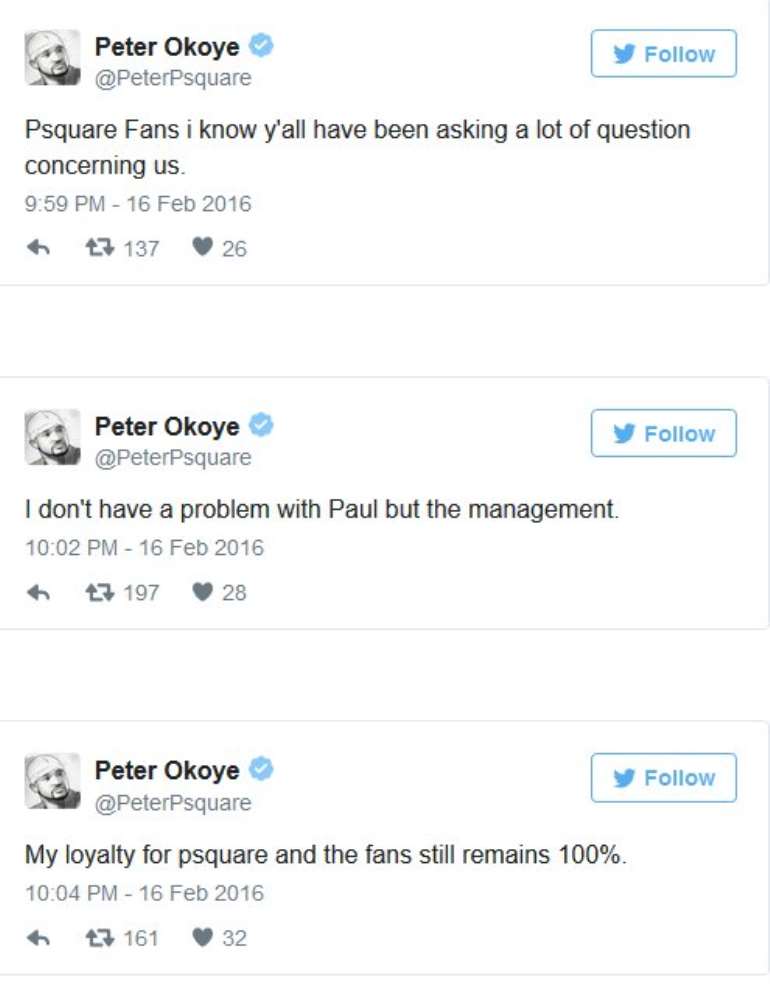 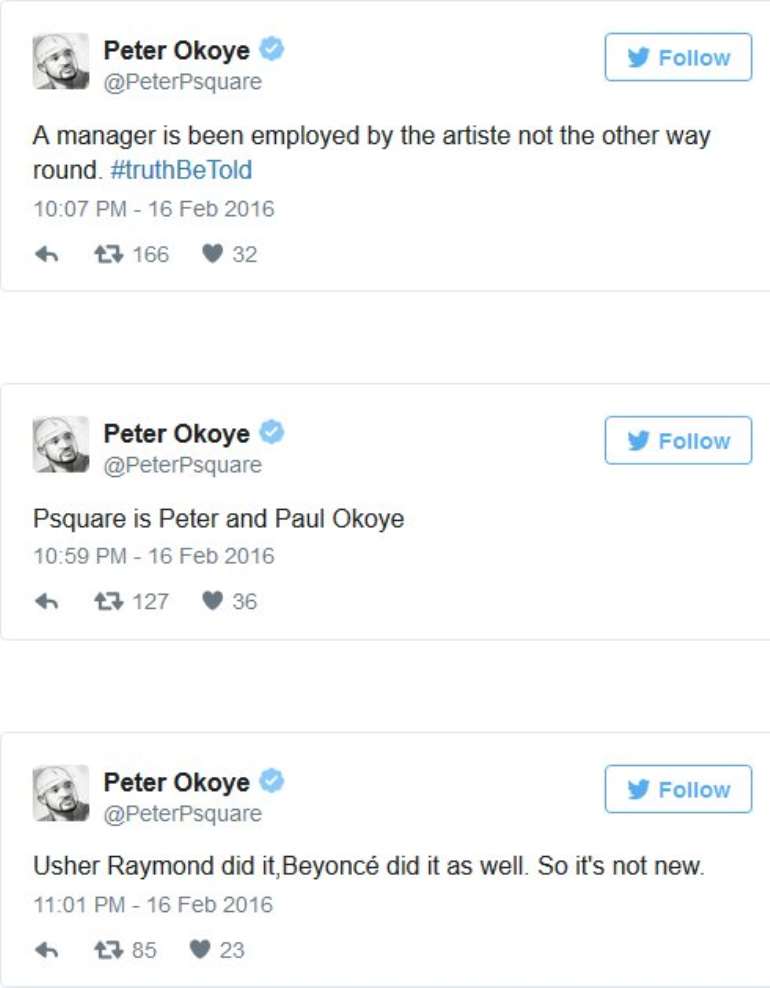 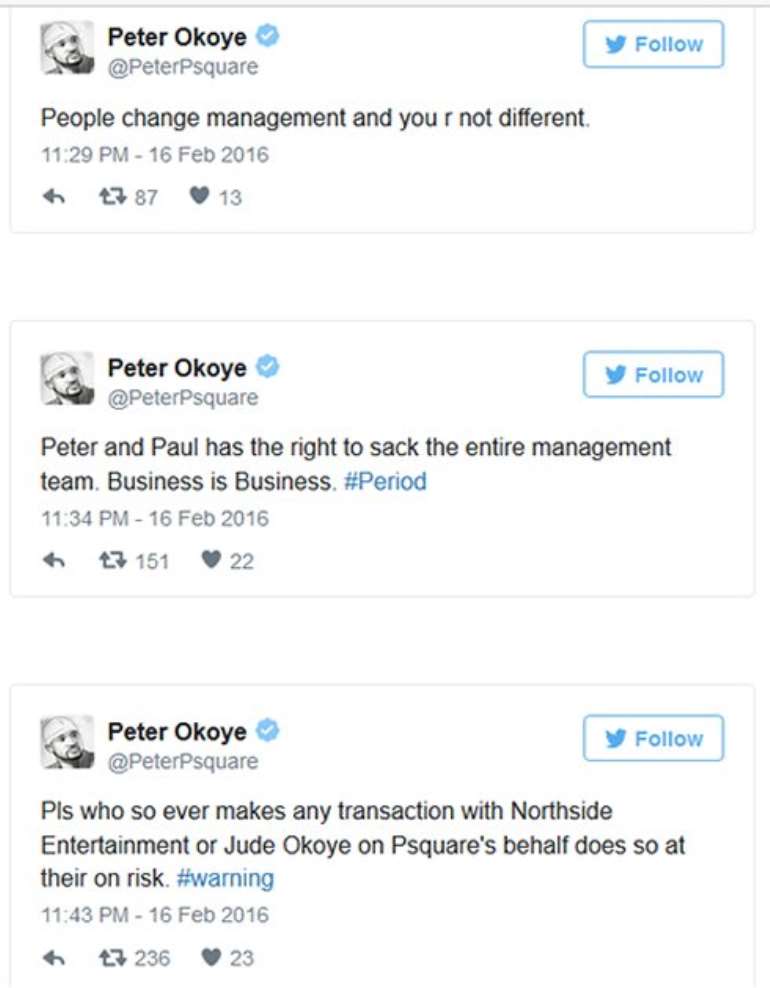