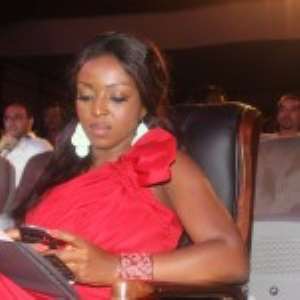 Yvonne Okoro's newly produced Ghana Must Go attracted a large audience in Kumasi over the weekend when it premiered at the Kwame Nkrumah University of Science & Technology.

But the star of the moment, Yvonne Okoro, did not show up in person.

The movie was shown thrice and attracted great numbers as usual. Most of the scenes were also greeted with a lot of laughter and cheering. Patrons were undeniably content with the movie.

Ghana Must Go first premiered in Accra on January 2 and registered a very huge attendance. It repeated same feat in Kumasi.

Ghana Must Go is co-produced by Roseline Okoro and directed by Frank Rajah Arase.