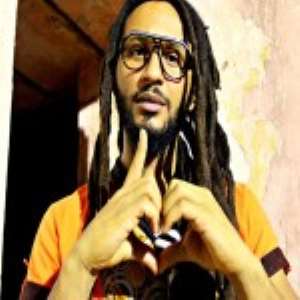 Controversial musician Wanlov Da 'Kubolor' possibly needs a court order to restrain him from walking naked on any stage as he has promised a reclaim of his title from new artiste Wisa who is currently standing trial for allegedly showing his manhood on stage.

“…It can happen today or tomorrow. It will be a record ooo, you will hear it. It is not just me being naked in small crowd or something…I won't tell you where it will happen but it will happen. I will take my record back from Wisa,” he told Dr Pounds on Hitz Fm last Friday night.

Kubolor, born Emmanuel Owusu-Bonsu, in 2012 stunned television viewers by accepting a challenge by television show hostess Deloris Frimpong Manso aka Delay and exposing his vital parts on the Delay Show.

In August 2013, a completely nude photo of him and his FoknBois group member, M3nsa, was leaked on Twitter.

For almost three years now, he has been calm and has not done anything crazy. But it appears he is preparing for something more sickening if he is not gagged.

The Cos ov Moni star has over the years carved a niche for himself with his weird sense of fashion, notably walking around barefooted and also wearing a small piece of cloth round his waist and sometimes with a tie and shades to match.

But that is not just it; he also talks in an orthodox way to drive home important points.

On Friday he shared other interesting stories about himself, including the names of his children and how he arrived at those names, on Hitz Fm .

He also disclosed that he once had a sexual affair with two people at the same time.

.
According to Wanlov, he had sexual intercourse with one lady and another guy concurrently under one roof.

However, he added that he once smoked five rolls of marijuana in another country.

“I never smoked marijuana till I went to Uganda some months back. I smoked five rolls and didn't feel any reactions,” he added.”