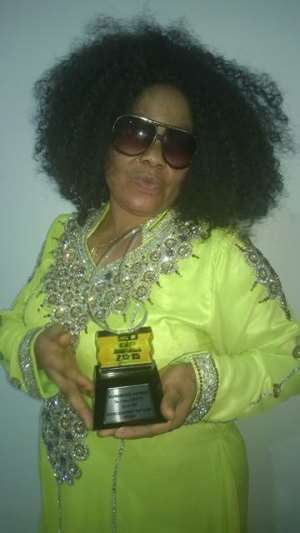 Speaking to MustaphaInusah.Com after winning the Discovery of the Year category, she asserted that one of the weaknesses of the Ghanaian film industry is that when the industry set its eyes on a particular star, that star is over used till he or she fades out.

“We can equally give the up and coming moviemakers the opportunity so that we can discover more stars which will go a long way to help the film industry” she said to the delight of the audience.

Speaking about the Discovery of the Year award she won, she said that lots of people win awards and in the following year, they are lost from the industry, but the award she has won has tasked her to perform and do better in the coming years.

“First of all it’s joyful and surprising that though I came in the business not long, a year now, I have gotten the discovery. I will like to thank God and thank Ghanaians” she expressed her profound joy.