Blackface threatens to drag 2face to court for stealing his song 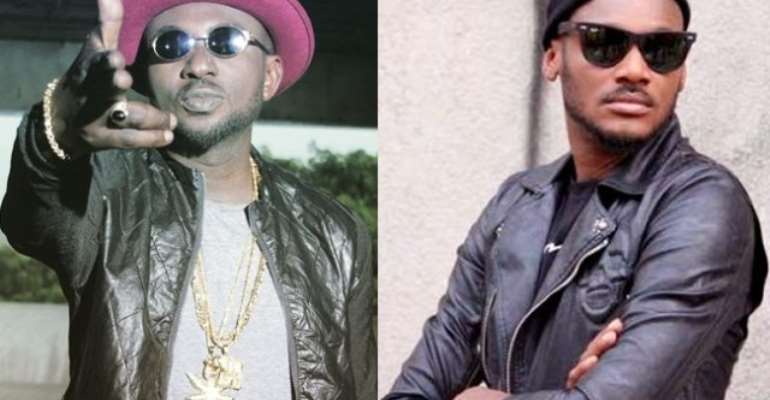 Blackface accused 2face of stealing “Let Somebody Love You”. 2face released the song with Bridget Kelly, an American singer and songwriter from New York City, as part of his Ascension album in 2014.

On Monday, Blackface took to social media to make the allegation.

“You singing #LetsomebodyLoveYou without telling me when you know its my song isn’t going down without the world knowing what you and you manager efe been doing …am coming for una,don’t get it twisted” 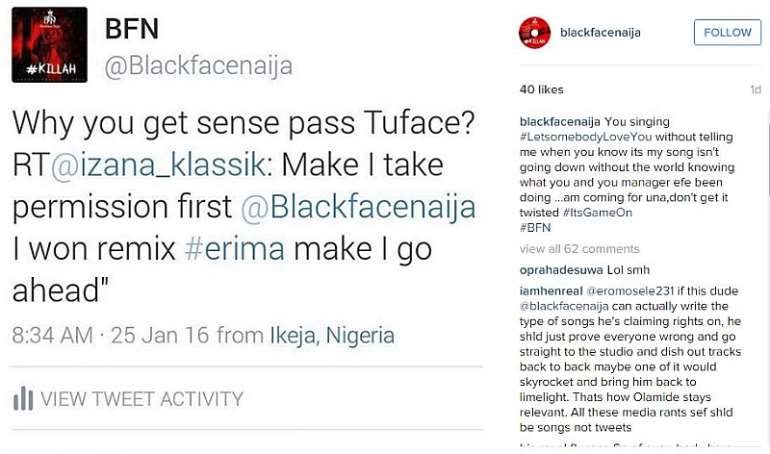 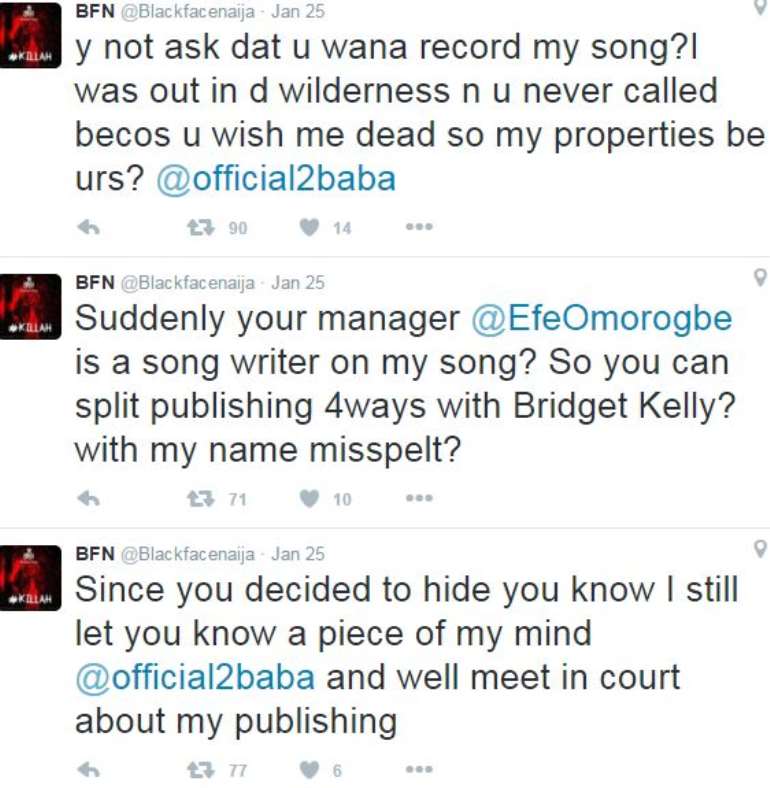 “Suddenly your manager @EfeOmorogbe is a song writer on my song? So you can split publishing 4ways with Bridget Kelly?with my name misspelt?”

“y not ask dat u wana record my song?I was out in d wilderness n u never called becos u wish me dead so my properties be urs? @official2baba”

Plantashun Boiz were a Nigerian hiphop and RnB music group. It consisted of 2face Idibia, Faze and Blackface.

The group was formed during their college years in Enugu, at the Institute Of Management And Technology (I.M.T Enugu). The group was managed by Owoyemi Akinwale Nathaniel (Natz), Ifeanyi Oji (Odogwu), and Obasi Leonard (Baba Leo). As a result of the Plan B reunion album, Plantashun Entertainment Ltd. Management was born in 2007. The Plan B album was distributed by T Joe.

After the Plantashun Boiz split up in 2004, Blackface led a solo musical career. He released the hip hop album Ghetto Child in May 2004 collaborating with a number of artists. The album contains “Hard Life” featuring Alabai as the first single. He also recorded a full album for his crew D Tribunal called What We Are.

After Ghetto Child, he released Evergreen, Jungle Fever, Me, Musiq and I, Dancehall Business and the prospective Defender. In 2013, he made a collaborative album 200 with Maine Eazz.

Following the release of his debut album, he released his second album Grass 2 Grace in 2006, which contained hits “One Love”, “True Love, “4 Instance”. He is the founder of Hypertek Entertainment.

In 2006, his song “African Queen” was used in the soundtrack for the film Phat Girlz, which was released internationally.

He released a promotion album in 2008 called The Unstoppable releasing the single “Enter the Place”. Problems with album distribution in 2007 caused as shift of the release date of the album from 2008 to early 2009. In 2010, 2face released an “international edition” of the same under the title The Unstoppable International Edition making him the first Nigerian artist to have an appropriately priced international album.