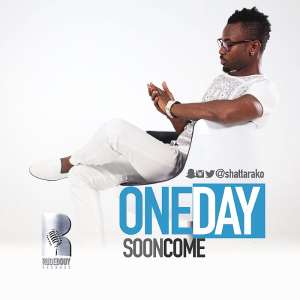 Ghanaian dancehall artist and CEO of Rudebuoy Records, Rexford Kojo Amoah well known by his stage nameShattarakohas parted ways with his business manager and owner of talent management company Aspire Music, Sammy Forson, a year after teaming up to work together.

The Rudebuoy Records signed artist in a statement issued on Monday January 18 2016 stated the decision to bring to an end the manager-artist role was mutual and both parties had been deliberating on this for a while.

“Our decision to part ways was mutual. Sammy Forson has been a friend long before our decision to team up and work. Its not been easy but its been worth it having him as a manager and I’m grateful. A few things came up and we all agreed that he stays in the back and support.”

“Contrary to rumours I have heard, nothing is lost between us. We remain good friends and would call on each other anytime” he added.

In July 2014, Shattarako’s Rudebuoy Records and Aspire Music teamed up to handle the music career of the former.

Shatta Rako aka Kojo Legend is set to announce a new management soon.

Ahead of the announcement, Shatta Rako is readying to release his first single for 2016 titled One Day.