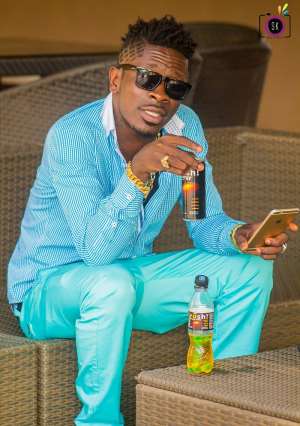 Ghanaian film producer and entertainment analyst, Socrate Sarfo has stated categorically that he is not interested in managing dance hall Shatta Wale.

In an interview on Price Entertainment with Dayan Aduhene Kwarteng in Kumasi explaining why he said he would always beat the "Kakai" hit maker, the "Hot Folk" producer disclosed that managing Shatta Wale is not part of his plans.

"I won't and I have no plans of managing Shatta Wale. I am only giving him an advice ".

Socrate Sarfo recently was in the news to have stated that he would always beat Shatta Wale if the dance hall king were his manager considering the latter's behavior towards his music business.

You're A Covenant Keeping Leader — Ahafo Chiefs To Akufo-Add...
4 minutes ago