2016 Election Will Be War Free But… - Ohemaa Mercy 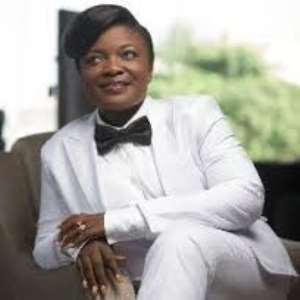 Ohemaa Mercy who recently released her sixth studio album, “Aforebo” has revealed that there will be no war during the upcoming general election. The multiple award-winning gospel musician in an interview on Joy News said Ghana is a peaceful country so she does not foresee any state of armed conflict between different groups within the country.

“Ghana is a peaceful country but we need to create the awareness that any little thing bad can create lots of confusion. As a gospel musician and a minister, I think this is the time to make noise about peace. Most of the youth are doing nothing so the little thing you give them, they will do anything” Ohemaa Mercy told Becky, host of Let’s Talk Entertainment on Joy News.

Ohemaa Mercy whose latest single, “Aseda” off her “Aforebo” album is enjoying massive airplay further advised the youth to desist from all bad deeds before, during and after the 2016 election.

Ohemaa Mercy also revealed that she will be hosting peace keeping concert this year in Sunyani, Tamale, Ho, Cape Coast and other parts of the country before this year’s election.