I Will Pay The Ghc 120 Fine For Wisa- Gospel Musician 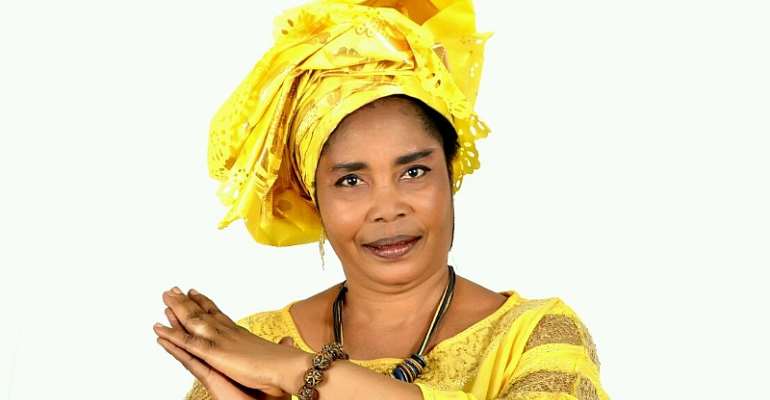 Controversy surrounding the appalling act of hiplife musician,Wisa Gried of "Ekiki Mi"fame is still unraveling in the showbiz industry.

Wisa,after showing his manhood on stage during his performance at City Fm's 'December 2 Remember' concert on Christmas Eve,pleaded not guilty to charges of 'gross indecency' when he appeared at the Accra Circuit Court.

Legal practitioner Samson Lardy Ayenini has indicated that Wisa could only pay a fine of GHc120 if found guilty.

This, according to the newest gospel music sensation,Florence Narh who is noted with the hit song"Yesu Woho" and earlier on shared her view that Wisa should be prosecuted to curb indiscipline,looking at the magnitude of what Wisa did if he will just pay a fine of GHc120 then the law must be amended.

She spoke with Dr. Who host of hot and classic showbiz review on Hot 93.9Fm in Accra:

"What? Wisa will pay just GHc 120? Hahaha...then I will pay for him. If its not GHc 120.000 but just GHc 120 looking at the magnitude of what he did then am not challenging the law, but would pay for him then plead for amendment of the law...Yes! the law must be amended else we are going to experience more appalling acts which might be severer than what Wisa did", Florence told Dr. Who with much humane.

The most thrilling part of the interview was when she was asked by Dr. Who whether she adorn listening to Wisa's "Ekiki Mi" song:

"No...I don't like his song. Its not because of what he did but frankly I like inspirational and songs for development", Florence answered Dr. Who with passion.

Florence Narh is currently doing a re-mix version of her "Yesu Woho" hit song being engineered by award winning Kaywa.