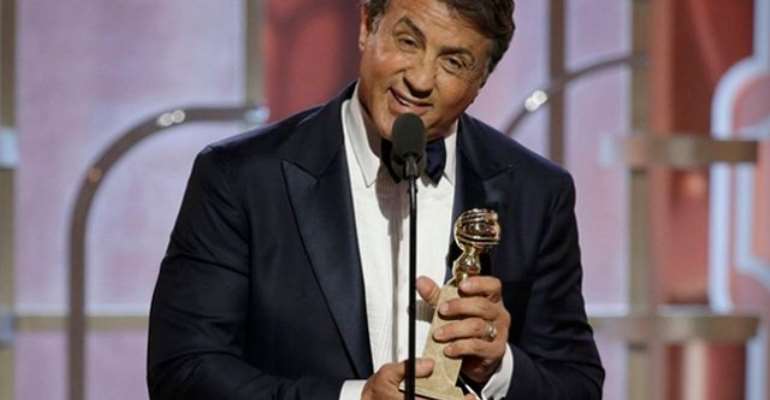 Given their track record over the past decade , it's natural to look towards the Golden Globes when trying to surmise which actors may win when the Oscars roll around next month, and Sunday night Brie Larson and Leonardo DiCaprio cemented their presumptive front-runner status with wins.

Larson has been steadily gaining momentum since September for her nuanced performance in Room , in which she plays a young woman who's raised her young son in total captivity after being kidnapped.

DiCaprio's performance in Golden Globe Best Picture winner The Revenant has been whispered about even before the film was released, and with the actor teaming up with director Alejandro Iñárritu for the film — an Oscar favorite after his Birdman wins last year — this could be the beginning of an awards season wave for the brutal revenge film.

In the musical or comedy category, Matt Damon took home the award for Best Actor for his work in The Martian . (Yes, you read that right, and yes, we're as flummoxed as you are .) Jennifer Lawrence, always a favorite of the Golden Globes (she's won previously for Silver Linings Playbook and American Hustle ), won for her performance in Joy , beating out Amy Schumer, Melissa McCarthy, Maggie Smith and Lily Tomlin despite that film's lukewarm reception .

But nowhere did the winners seem more Oscar-friendly than in the supporting actor categories.

Kate Winslet won for her role as Apple employee Joanna Hoffman in Aaron Sorkin and Danny Boyle's Steve Jobs , while Sylvester Stallone won the Best Supporting Actor award for taking on the role of Rocky Balboa once again in Ryan Coogler's Creed .

Winslet is an actor who seems to receive an Oscar nomination almost every other year, but she's only won once for the 2009 film The Reader .

Stallone is the kind of nostalgic throwback that could appeal perfectly to Academy voters, letting the actor return to the role that made him famous while also working with the exciting director and actor combination of Coogler and Michael B. Jordan.

With Oscar nominations coming this Thursday, I wouldn't be surprised at all six Golden Globe film actor winners in the mix.

Let's Avoid Second Wave Of COVID-19 By Following All Protoco...
28 minutes ago