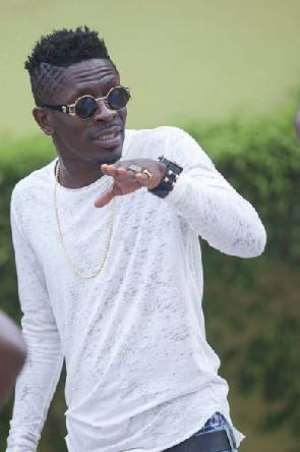 Opinions they say are like noses-everybody has one. Dancehall king, Shatta Wale is billed to perform at GLO CAF Awards later this evening.

Host of Lifestyle Café on Live Fm, Antionne Mensah revealed during his show that Shatta Wale songs are not corporate enough for the ceremony, and more or less he shouldn't have been invited to perform.

He said, “I think Shatta Wale songs are not corporate enough for the CAF Awards, the likes of Efya, Becca, Raquel… should have rather been chosen to perform at the awards ceremony and not him.” He said.

Antionne continued with his talk-talk, “I’m saying this to all the SM fans, that’s my opinion and I think his songs are not corporate enough for CAF Awards”, he ended.

This year’s edition of GLO CAF awards will be co-hosted by the sexy, Juliet Ibrahim and will witness musical performances from the country boss, Shatta Wale, Wizkid, Awilo among others.