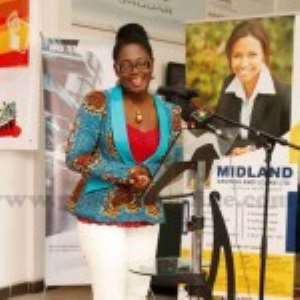 Charterhouse has rolled out plans for the 2016 edition of the annual Ghana Music Awards (GMA), with a call for entries for all works produced within the calendar year to be considered.

The award scheme seeks to recognise songs that have kept the country dancing as well as award artistes, producers, recording labels and other industry professionals whose tireless efforts in the face of adverse financial and logistical challenges have kept the entertainment industry vibrant.

This year, the awards planning committee and the organisers plan to institute measures to continue to uplift the image of the prestigious award scheme.

According to the organisers, nominations for this year's awards slated for May are opened for considerations, adding that all interested stakeholders are encouraged to pick nomination forms from the offices of Charterhouse Productions, selected radio and TV stations or download from  www.ghanamusicawards.com .

Nomination forms, they added, can also be filled online and mailed to entry at ghanamusicawards.com.

Charterhouse stressed that completed hand filled forms and copies of CDs, videos and promotional pictures should all be submitted to the offices of Charterhouse Productions not later than January 31, 2016 when all nominations close.