I wasn’t “high” When I Stripped – Wisa 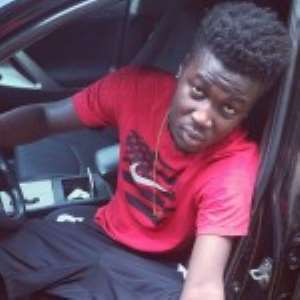 Disgraced hiplife singer Wisa has denied claims that he was on drugs when he stripped at the ‘December 2 Remember’ musical concert on the 24th of December.

According to him, the indecent incident still remains a mystery to him.

An animated Wisa went berserk and stunned patrons at the 'December to Remember' annual musical concert organized by Citi FM when he released his manhood on stage and rubbed it behind his female dancer.

Wisa has since apologised for exposing his manhood at the Accra International Conference Centre.

Speaking to Kafui Dey and Baisiwa on GH TODAY on GHONE television Monday, the distraught singer said he finds it difficult to console his mother who has been crying over the incident since.

“My mother has been crying since that day. She didn't watch it but she heard the news the following day. As for my grandmother, I can't face her,” he said.

Meanwhile, the deputy minister for arts and culture Dzifa Gomeshie has condemned the incident which occurred right before her eyes, noting she will never attend any show with Wisa on the bill again.