I may work with D'banj - Don Jazzy 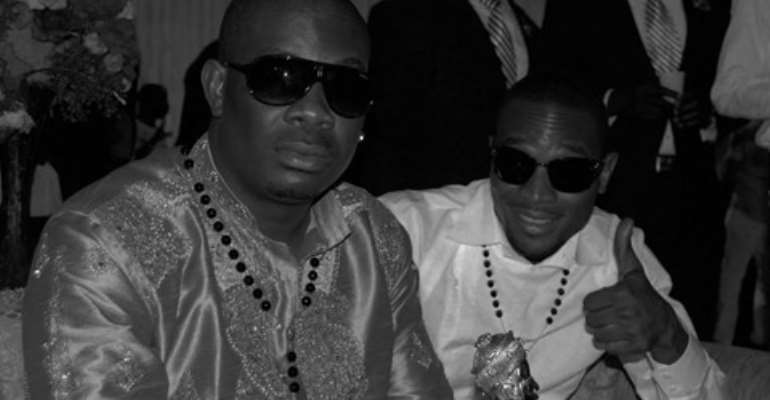 Leader of Nigeria’s high flying music crew, MAVIN’s Don Jazzy is one individual who has contributed in no small measure to the growth of the music industry in Nigeria.

Over a year ago, the likes of Korede Bello, Reekado Banks and Dija were greenhorns in the industry until Don Dorobucci gave them the track to run their own races.

Today, they have grown to become stars in their own right, thanks to Don Jazzy’s masterstroke.

In this interview, head of the Supreme Mavin Dynasty reveals the reason behind the forthcoming Mavin Access Concert, possibility of working with D’banj again, why he won’t release his own album anytime soon and other issues.

Why did it take you this long to put together a concert of this magnitude?

Will D’banj be performing at this concert?
Right now I cannot categorically tell you whether he will call me to say: “Oh you are organizing a concert too? I will come o.” But right now, he is not billed to perform at the concert

Do you have plans to have international artistes at the concert?

No.
Will other artistes be performing aside from the Mavins?

You are known to be generous; don’t you think you need to work with a foundation to make it official?

What does it take to work with you?
It is important you have the talent and the next thing is for you to locate me. Social media is the best place to find me. Follow me and I will follow you back. I won’t listen to the person’s song if I think that the person looks like a trouble maker. Some people might tell you they sent you a song and you now made it your own. Another issue is creating time for it.

Your label mates have been recording songs back to back, what is responsible for that?

We always record, we never stop recording.
When are we getting an album from Reekado Banks, Dija and Korede Bello?

If you ask them now, they will tell you they don’t want to. People drop albums and decline, it’s not good.

What is the secret of your success?
There is no secret, I just work hard
When are you going to release your own album?
I am not going to release an album. Right now, I know that I won’t be releasing an album. I might consider it, may be if am given money but right now, I don’t see myself doing that.

Do you charge for collabos?
I have never charged for collabos. I am honored to actually be asked to do a collabo with an artiste. I think I have actually done collaborations with almost everyone that had asked for it

When do you think the time will be right to tie the knots?

Why do you avoid the media?
It’s because I don’t know how to talk to you people.

Would you be collaborating with D’banj any time soon?

It is possible. We will do it when we both settle down and agree we want to do it. He is busy doing his own thing and I am also busy with my Korede, Reekado and Dija .We live in the same vicinity. By the time we sit down and plan it, we would create something. We would probably work again. As long as there is life, there is nothing impossible.

Why should I sieve them? If they come correct, we will talk. If they don’t come correct, I move on. I have met a lot of people via the social media.

Would you be signing a rapper anytime soon?
Yes, I have signed a couple of them, but you are yet to meet them.

Would you be releasing your own single anytime soon?

I am not thinking of that now. I have people that need to succeed. I am happy developing people for now till death do me part. Already, I feel that I am singing too much.

Would you be signing more artistes?
Well, it depends on the ones that I see, but I need to push my present artistes to a certain level before signing new ones. I think they are really growing very fast. If I feel that they have gotten to certain level where they can be on their own, then I can sign on new artistes.

What happened to the signature Don Jazzy stick?
It’s at home. Change is constant. I hardly use it because one has to rebrand. You can’t be doing the same thing over and over again. You will see it at the concert.