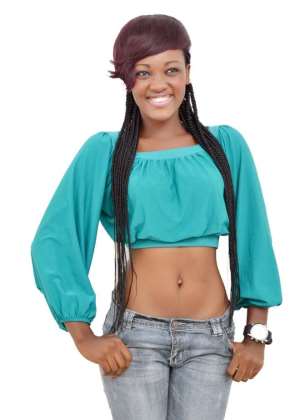 After the selection of the Miss Ghana 2015 finalists, a group of people took on social media to create awareness of their favorite contestant. They call themselves “Team Charly” and they always hash tag: #isupportcharlotte to pick out Miss Charlotte from group photos. Having dominated on Miss Ghana social media platforms, they reveal the reasons behind their support. Below are the facts that make it right:

Charisma: She has the powerful personnel qualities to attract and impress other people. To be a Miss Ghana, one need to have these qualities to attract cooperate companies to support the National brand. And having won three pageants in the past, the possibility that Ghana could win Miss World 2015 would be high when Charlotte is crown Miss Ghana 2015.

Go-getter: Coming from a very poor background, anyone who knew Charlotte from Takoradi could testify that at a very young age (under teen) little Charlotte hawked on the street to support her parents to see herself and her siblings through school. She is still striving hard to see her family on gold. She never gives up in life rather, she fights for better results.

Disciplined: Charlotte is very obedient and has the ability to control her behavior. She’s a good listener and has a quick learning attitude. She doesn’t think high of her opinion and mostly opens up for contribution before making a decision. “I say this based on my experience with her on her social media handles and SHS days,” Harriett, her school daughter reveals.

Money Box: The team describes her as a money box which literally means working with Charlotte is lucrative. Aside the above talents and skills, Charlotte is an actress, a commercial model and a musician. She’s featured in The Island, a TV series which stares Omotola on DSTV, played supporting in Office Palava season 5, another supporting in Every Woman Has a Story which is yet to be aired on DSTV.

Special Ice Mineral water, Coca-cola, Menthox are few of the TV commercials she’s done whilst Shattered Romance, She Prayed, The Wife, Beautiful Ruins among others are the cinema movies she’s featured in. She started shooting a TV series with Sparrow Production ‘Champaign’ but because of Miss Ghana, she’s hasn’t been on the set for some time now. “We’ll find out details from her manager,” another member from Team Charly added.

Team Charly said a lot but we believe these qualities might perch her above the others because eloquent, beauty, intelligence and creativity among the few the team mentioned could also be found among the other contestants. Her achievements in the Money Box started from May 2014 through to now.

The finals of the Miss Ghana 2015 is this Saturday, the 7th of November at the Accra International Conference Centre at 8pm. Come and support your favorite.