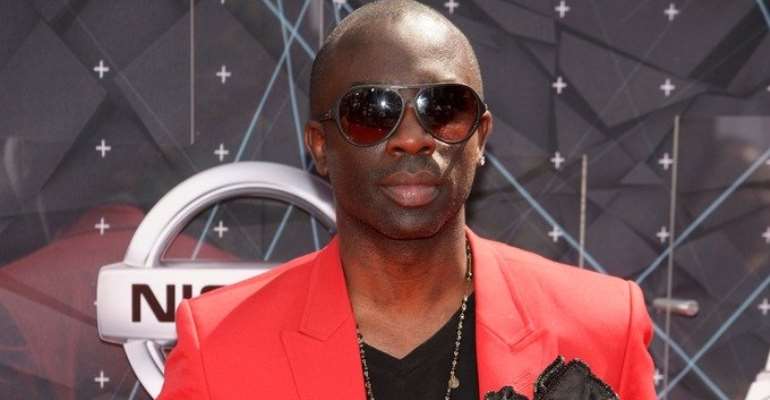 Some Ghanaian entertainment personalities have expressed shock at the death of model and actor Sam Sarpong, who is of Ghanaian lineage.

The British-American model of Ghanaian descent, died on Monday in an apparent suicide after jumping off a bridge.

Sam was born in London in 1975 and moved to Los Angeles with his father, a native of Ghana, when he was 11 years old.

The death of the 40-year-old, who is a former co-host of MTV's "Yo Momma" has shocked many across the world’s entertainment circles including some Ghanaians.

UK-based Ghanaian DJ, who met Sam earlier this year said he is saddened by his death.

“So sad to hear about Sam Sarpong, had the honour of meeting him in LA earlier this year @betawards, real nice and humble guy; condolences to his family and friends #ripsamsarpong”.

British-Ghanaian entrepreneur, actress, TV presenter, Dentaa Amoateng also said, “I'm sharing this piece this morning because a dear Ghanaian brother @mrsamsarpong has taken his own life at a very young age. We try so hard to hide everything we're really feeling from those who probably need to know our true feelings the most. People try to bottle up their emotions as if it's somehow wrong to have natural reactions to life. Try and share your thoughts and feelings and remember prayer is also key. Have a blessed day. #RIPSamSarpong”.

Sam performed in over sixty feature films, and fifty-five television shows, including Love Don't Cost a Thing, ‘Everyone Hates Chris’, Keeping Up with the Steins, and Anchor Baby for which he won best lead actor at the San Diego Film Festival.

The late model’s family thanks numerous well-wishers for their thoughts and added that the cause of death is currently being investigated.

“It is with great sadness that the family of Samuel Sarpong Jr. must share the news that Sam has passed away. The circumstances surrounding his death are currently under investigation and no additional details are known at this time. The family appreciates the thoughts prayers and other expressions of sympathy, and request their privacy be respected at this extremely difficult time”.