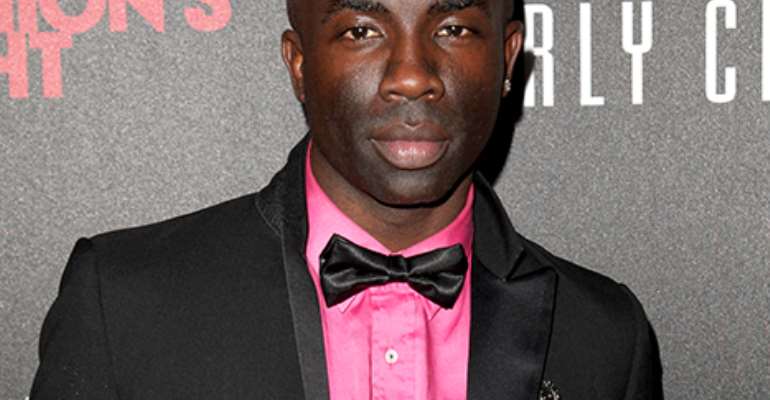 Actor and model Sam Sarpong , known for co-hosting MTV ’s “ Yo Momma ” with Wilmer Valderrama, died Monday, his rep confirmed. He was 40.

Sarpong died after jumping off a bridge in Pasadena, Calif., according to E! News. The Los Angeles County Department of Medical Examiner-Coroner has ruled his death a suicide, with an autopsy pending.

“It is with great sadness that the family of Samuel Sarpong, Jr. must share the news that Sam has passed away,” said his publicist in a statement. “The circumstances surrounding his death are currently under investigation and no additional details are known at this time. Information about final arrangements will be forthcoming. The family appreciates the thoughts prayers and other expressions of sympathy, and request their privacy be respected at this extremely difficult time.”

“[Sarpong] had a pure heart and always went out of his way to help others,” his rep, J.D. Sobol, told Variety. “We will all miss him dearly.”

Sarpong’s first onscreen role came in an episode of Claire Danes’ “My So-Called Life” in 1994. His big TV break, however, came in 2006, when MTV cast him as one of its co-hosts for “Yo Momma.” Sarpong and Valderrama traveled across the country for three seasons to find the best trash talkers. After the show ended in 2007, Sarpong hosted BET pre-awards show “All Access.”

His other TV credits include “Pacific Blue,” “Family Matters,” “ER,” “Boston Public,” “Everybody Hates Chris,” “Veronica Mars,” “Bones” and “24.” He also had a role in FX’s heavily buzzed “American Crime Story: The People v. O.J. Simpson,” which is set to debut next year.

He appeared in films “Carmen: The Hip Hopera,” “Love Don’t Cost a Thing” and “Anchor Baby.”

Sarpong is survived by his father, Samuel Sarpong Sr., and his sister, June.

You're A Covenant Keeping Leader — Ahafo Chiefs To Akufo-Add...
15 minutes ago