I Was Scared Of Idris Elba’s Stature – Abraham Attah 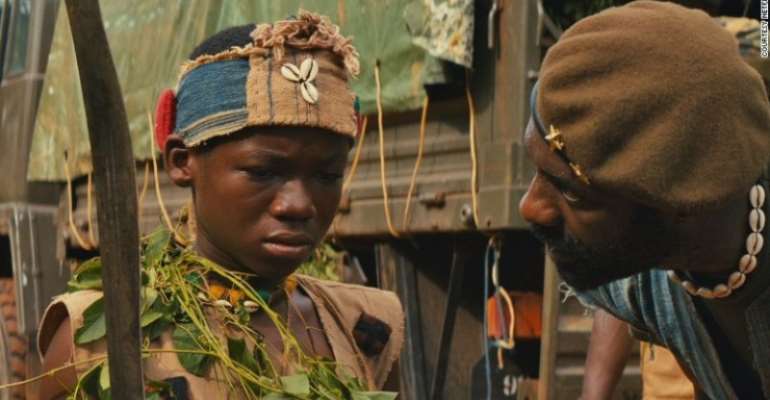 Idris Elba’s giant stature scared Abraham Attah during the shooting of the movie Beasts of No Nation, the latter tells The New York Times in an interview.

“I had seen him on TV, but I didn’t know his name. I was scared of him, because he was, like, very giant and I was small. So I was afraid of him, but after he played football with us on set, it became normal for me to work with him.”

Abraham played the role of Agu, who when civil war engulfs his West African country is forced to join a unit of mercenary fighters. He won Marcello Mastroianni Award forBest Young Actor at Venice Film Festival 2015.

Idris Elba played the commander of the mercenary unit.

The movie directed by Award-winning Cary Fukunaga has premiered at a number of prestigious film festivals across the world. Based on the 2005 novel of the same title by Uzodinma Iweala, it was partly shot in Ghana and also stars Ama K. Abebrese, David Dontoh and Grace Omaboe.

It will premiere today October 16 on Netflix and in selected theaters in the United States of America.