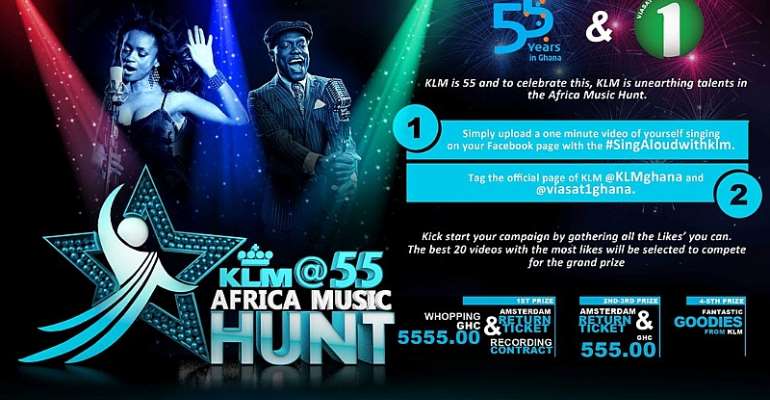 KLM Ghana has launched a music reality show dubbed [email protected] Africa Music Hunt ahead of its 55 th anniversary of operations in the country. Over the next three months, KLM and Viasat1 will search for the most talented singer and reward the top three lucky contestants in December. The competition will be solely driven by social media, and participants are expected to create and upload their own videos.

KLM Royal Dutch Airlines was founded on 7th October 1919 and inaugurated its flights to Accra in November 1960. Over the years, KLM has been the most preferred airline from Accra to the Netherlands, Europe, the Middle & Far East and the Americas.

To be a part of [email protected] Africa Music Hunt, simply record a one-minute video of you singing any song and upload on their personal Facebook page with the hashtag #SingAloudWithKLM and tagged with @KLM Ghana and @Viasat 1 Ghana. Closing date for submission of videos is 31st October, 2015. Once the video is uploaded, contestants must canvass for as many likes and shares as possible to earn them a clear chance to be part of the top 20.

The best 20 videos will be selected by a special jury with consideration on the number of likes and shares they attract, the quality of video and lyrical content. The 20 contestants will then move on to the next phase of the competition where they will be tasked to again record and upload videos of them singing, with the best participants progressing to the next round.

The five finalists will each perform on The One Show before the winners are announced later in December. The overall winner will get a roundtrip ticket to Amsterdam, a cash prize of GHC 5,555, courtesy KLM. The winner also gets Viasat1 sponsored recording contract. The second and third contestants will join the overall winner to Amsterdam and will receive GHC 555 each.

Axel Metselaar, Country Manager (KLM Ghana) says: “We are launching this contest to celebrate our 55th anniversary of uninterrupted flights between Amsterdam and Accra, and we are happy to join forces with Viasat1 in this project.

Our commitment to Ghana and the Ghanaian population has changed over the years. Nowadays, we operate with the modern Boeing 777-200 aircraft between Amsterdam and Accra on a daily basis. Recently, we have upgraded the interior of the airplane, completely refitting it with our latest modern product specs”

The launch of [email protected] Africa Music Hunt precedes activities for the anniversary which kicks off on 1st November, 2015. 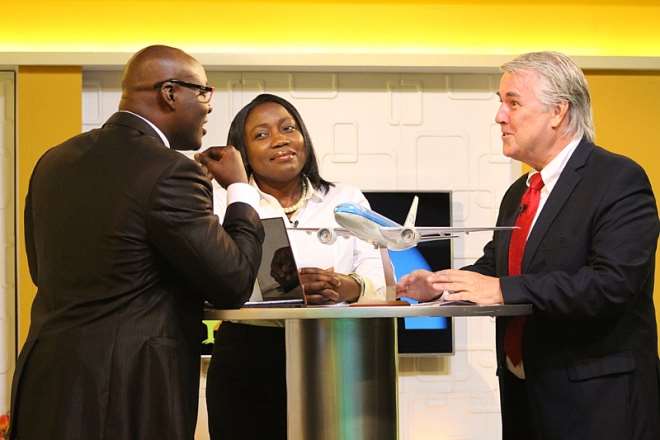 KLM ON THIS MORNING