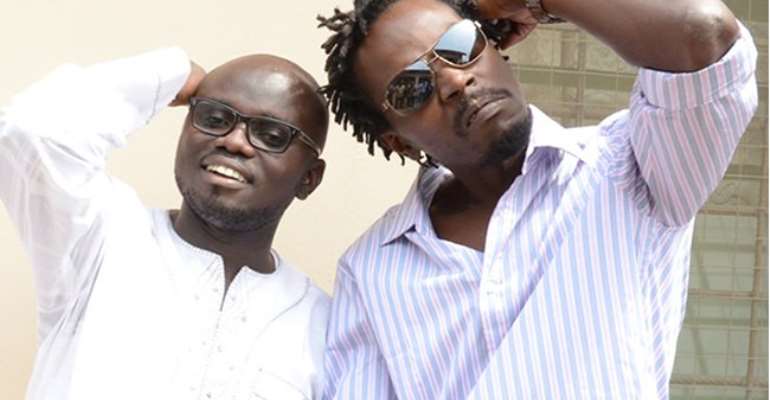 Kwaw Kese made the appeal when he was asked how far the police had gone with investigations into Fennec's death on Hitz Fm's 'Music Box' with Andy Dosty.

He said, "I think the police are not helping us and maybe we have to get some Anas to be doing the work for us, he is the only one who can deliver”.

It's been almost two years since Kwaw Kese lost his manager and friend Fennec Okyere, in a gruesome murder at his Manet Gardens residence on the Spintex Road, Accra.

The 'Yakubu' singer who wants closure on the unfortunate death of his manager said the apparent unconcerned attitude of the police frightens him.

He said, "I fear for my life, when I'm driving and somebody follows me for a while, I just have to find somewhere to park for him to pass, because you don't know who the person is and who he is coming for".

The artiste speaking on some challenges he is facing in the music industry said, "I think the DJs should help us, the biggest challenge is, tuning on my radio and hearing a lot of foreign songs, a lot of Nigerian songs, and I think sometimes it becomes pathetic".

Kwaw Kese says even though Ghanaian musicians are not fond of paying DJs to pay their songs, he believes that foreign artistes do not pay for airplay either.

He, however, pleaded with Ghanaian DJs to support Ghanaian musicians without asking for money in return.

"Just take it like it's your brother who doesn't have anything and you are just supporting us, when you push us to the limit and the money comes in dollars, we will sort you out," Kwaw said.