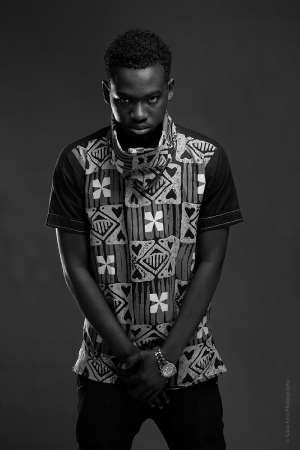 The Hitmaker is set to release a new music video in the coming days, which is set to be premiered exclusively on his VEVO international channel.

Koo Ntakra and his team seem poised to take their brand to the next level with this current initiative of premiering the artist new music video on the international platform such as VEVO.

The KN team has announced date for the rapper’s new music video to be released on the 7th of October. According to the team, the move to premiere the video on VEVO is to let his fans and the music lovers in general get access to his channel on the platform which has been in existence for a couple of months now.

It is however unclear which of his songs is the new video to, but close source to the camp has hinted that, it might be video to his hip hop song ‘Taking Over’ which featured on his debut album but this time is the extended version to the original song featuring Akwapeam rapper Kwame Seseben and K Spanky.

It must be noted that over the past month, Koo Ntakra and his team have been on a couple of video shoot sets, including shoot for his latest single, Zibortey, so fans might be kept in a bit more suspense as to which video will be released first.