Shatta Wale To Perform At IRAWMA 2015 In California 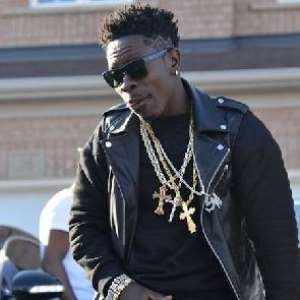 Ghanaian Dancehall artist Charles Nii Armah Mensah known as Shatta Wale has been selected again to perform at this year’s edition of the International Raggae and World Music Awards (IRAWMA 2015) at California-USA on 4th October.

This is the Second time the Ghanaian dancehall artist has been chosen to perform at the IRAWMA Ceremony.

He was selected to perform at last year’s edition which saw him winning the Best New Entertainer Category, but due to his busy schedule, Shatta Wale was unavailable to be at the ceremony.

But this year as confirmed by the dancehall artist’s manager “bulldog” on his Official Facebook Page, Shatta Wale will participate in this year’s edition of the IRAWMA.

The International Reggae & World Music Awards (IRAWMA), established in 1982 acknowledges and honors the accomplishments and contributions of reggae and world music artists, including: songwriters, performers, promoters and musicians.

The impetus behind the IRAWMA is it’s commitment to promoting greater participation and acceptance of Reggae, Caribbean and World Music, Internationally.