Man Assaults Yvonne Nelson … For Refusing To Hug Him 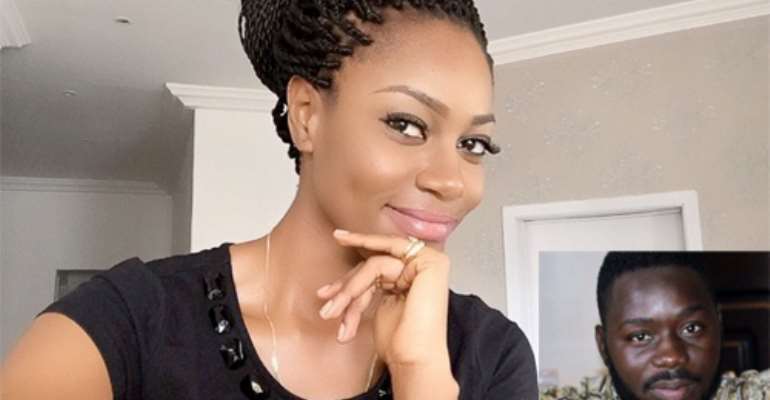 A Nigerian man whose name was given as Elvis Eze has physically assaulted Ghanaian filmmaker Yvonne Nelson because she did not give him a hug, NEWS-ONE has gathered.

Elvis Eze, apparently bent on unleashing violence on the actress, chased her to her car, fiercely pushed her head as though he was inviting her to a wrestling match and was heard screaming at her and using very abusive adjectives including 'who the f*ck do you think you are?'

The timely intervention of eyewitnesses was what rescued the frightened actress from the physical attacks she was receiving from the incensed male adult who was poised to humiliate his hapless female prey.

The strange incident happened in the presence of several eyewitnesses Saturday night during the birthday party of actress Ingrid Alabi in Accra.

The case was reported to the East Legon Police but Elvis, also known as Elvis Casino, was still evading arrest as at press time Sunday.

Elvis was said to have joined Yvonne to take photos with Ingrid and some others but after the photos, he requested a hug from Yvonne but she declined.

This infuriated him and he started assaulting her verbally before chasing her up to her car when she was leaving the party grounds.

Yvonne Nelson reported the incident to the East Legon Police and a team was sent to contact Ingrid Alabi to assist locate Elvis.

On reaching the house Elvis was supposed to be staying, occupants said he was not home.

An elderly man, who identified himself as owner of the house, however took the contacts of the police team and promised to produce Elvis Sunday noon after church.