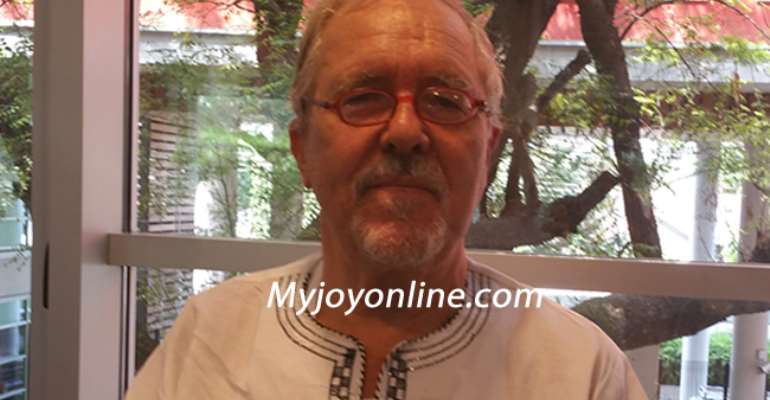 One of Ghana’s foremost professors in music, Professor John Collins has disclosed that Reggie Rockstone is the one who came up with the name hiplife.

The professor who was adding his voice to the raging controversy as to who the originator of the genre is, says from the facts that he has gathered, Reggie Rockstone deserves the credit.

The professor’s comments come on the heels of heated public debate over who coined the name ‘hiplife’, one of the Ghana’s biggest, if not the biggest, music genres.

Over the years, rapper Reggie Rockstone has been credited as the pioneer of the hiplife genre but in a recent interview, sound engineer Zapp Mallet dispelled the popular belief.

Prof Collins, who is a lecturer at the Department of Music at the University of Ghana, in an interview with Myjoyonline.com said Reggie coined the name.

“I know that there were other people beside Reggie Rockstone who did this. There was a guy [Mahoney Pee] in Holland for instance, a Ghanaian guy in Holland, who was bringing out vernacular rap music but he didn’t call it hiplife,” he added.

Hiplife, just like highlife, he noted, has transitioned over the years and the name of genre should not be an issue “because it is the Ghanaian version of hiphop.”

“When Reggie Rockstone recognised in that generation that they were now indigenising American hiphop then they came up with the name hiplife but he wasn’t the only person that’s for sure,” he added.

The music professor explained that although there were people rapping in Twi, “From my own knowledge, it was Reggie Rockstone [who came up with] the actual name itself because it’s the short form of hiphop [and] highlife...”

He recalled the name was coined in 1994 when the song ‘Choo Boi’ (Tsoo Boi) was released.