Guru Dares Ruff And Smooth To Go To Court 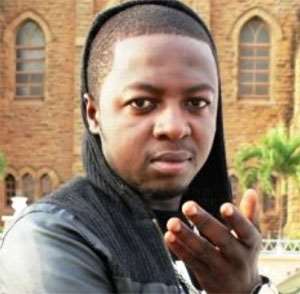 The Management of Rapper and Singer Nana Agyei Maradona known on stage as Guru is daring Afro pop duo Ruff and Smooth to face them in the law court if they feels been betrayed by Guru.

Guru performed at the ‘Gabon Le Grand Concert’ in Gabon on September 12, 2015 which saw thousands in attendance.

After the program and the video went viral on social media , Ghanaian Afro-pop music group, Ruff and Smooth which consists of Ricky Nana Agyeman and Clement Baafo have threatened to sue Guru for performing their song ‘Send your fire’ .

According to them, they asked Guru not to perform that particular song because they were billed by some other people and also had an agreement with them but unfortunately Guru did.

But responding to the accusation on Hello fm Entertainment Review last Saturday, Ray Monies of NKZ indicated that it was never part of their plan to perform the song 'Send Your Fire' by Ruff and Smooth.

‘’it wasn’t part of our performance but was a mistake from the DJ’’.

Ray Monies told Dave Hammer host of the show that before the program they met with the Disc jockey and gave him a list of songs Guru was going to perform and arranged them orderly. We didn’t add the song “send your fire” to the playlist even though the song was a popular song in Gabon and as result of Guru’s slogan “See you baby”, the populace generally thought it belongs to him.

Ray Monies further revealed that Ruff and Smooth did not pay Guru a dime in the featuring of ‘’send your fire. ‘’ you didn’t give Guru a pesewa for that reason he doesn’t deserves this bashing from you people ’’.

He finally called on the Afro pop duo to go to court if they believe that guru has infringed the copyright law but not to make mere allegations to deplete Guru and his brand.