MUSIGA urged to create platforms for the youth 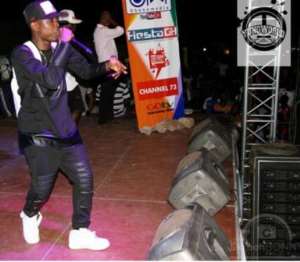 Koforidua, Sept. 11, GNA - The newest hiplife sensation, Yungbeatz says the music industry has to improve on its structure to support new artists.

Speaking to the Ghana News Agency in an interview, Yungbeatz known in real life as Richard Sackitey Narh has appealed to the Musician Union of Ghana (MUSIGA) to create more platforms to enable upcoming artists' to exhibit their talents to gain recognition.

He added that, with exposure, new artists exhibiting good music talents could get financial support to improve on their music to take Ghanaian songs international.

Yungbeatz is a product of the Odorgorno Senior High School in Accra and hails from Odumase Krobo in the Eastern Region.

He disclosed that, his dream is to be in the music industry and mentioned one of Nigeria's young music sensations, Wizkid as his mentor and expressed the hope to exceed Wizkid's performance.

Yungbeatz said young musicians inspire him a lot and that is what keeps him going.

'I have eight music tracks including 'roll that thing' and I am currently working on my first album which will hit the nation next year,' he said.

He said his video on, roll that thing, is out now and funs could watch it on YouTube.

The lyrical youngster said lack of promoters, a manager, air time and financial instability are his current challenges.

Yungbeatz has performed at a high school programme dubbed Mr /Miss SHS and also with stars like Gasmila and Jupiter.