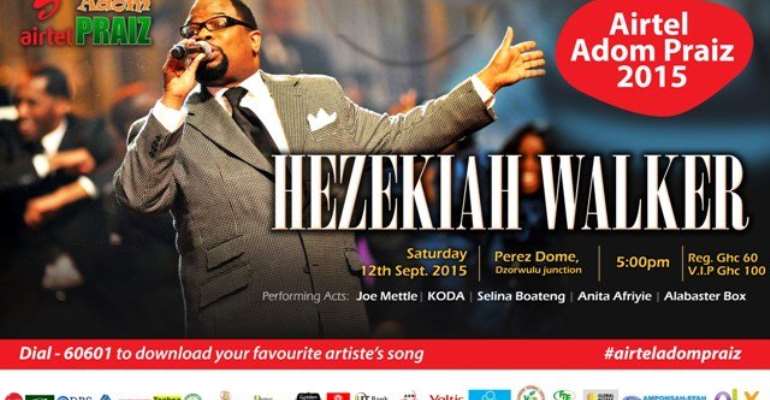 Organisers of the 2015 Airtel Adom Praiz have announced the postponement of the gospel event show-stopper.

The postponement is due to the main act Hezekiah Walker being taken ill on Friday 4th September, a statement issued by Adom FM read.

"In view of this development, he would not be able arrive in the country to perform as billed on Saturday 12th September, 2015 at the Perez Dome.

"A new date and venue will be communicated in due course.

"We wish to take this opportunity to apologize for the inconvenience caused to our numerous patrons and stakeholders.

"All purchased tickets are still valid and will apply to the new date to be communicated soon.”

Confirming the postponement to Adomonline.com acting Programmes Director for Adom FM, Samuel Yirenkyi was confident that the much heralded event, which would also feature some leading Ghanaian artistes would definitely come off when Bishop Hezekiah Walker recovers.

“We know with God all things are possible. At the moment we are praying and waiting for Bishop Walker to recover. This is just a postponement. We will definitely update our numerous fans about any developments but I can assure you the 2015 Airtel Adom Praiz will come on, God willing.”