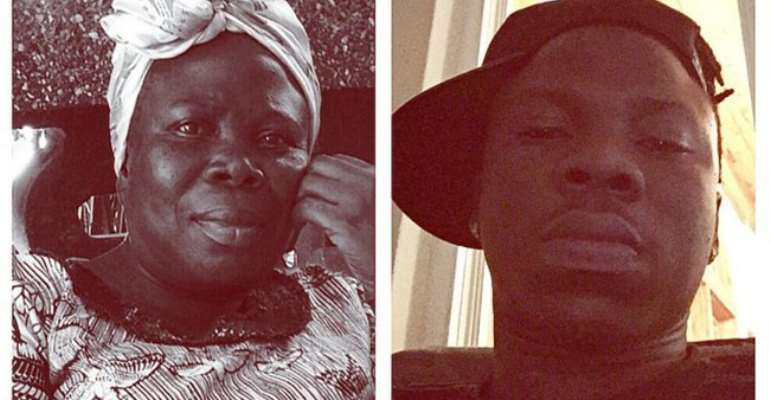 Stonebwoy's late mother was laid to rest earlier today. Mrs. Catherine Satekla died on Wednesday July 29,2015 at the 37 Military Hospital where she was receiving treatment after collapsing the previous Sunday.

On August 8,2015, Stonebwoy held a free concert at Mandela Park, Ashiaman dedicated to her memory.

He also dedicated his BET Best International Africa Act to her.

The award was initially dedicated to the victims of the flood and fire incident on June 3.

Family and friends tell livefmghana.com the Go Higher musician 'is holding up quite well.'