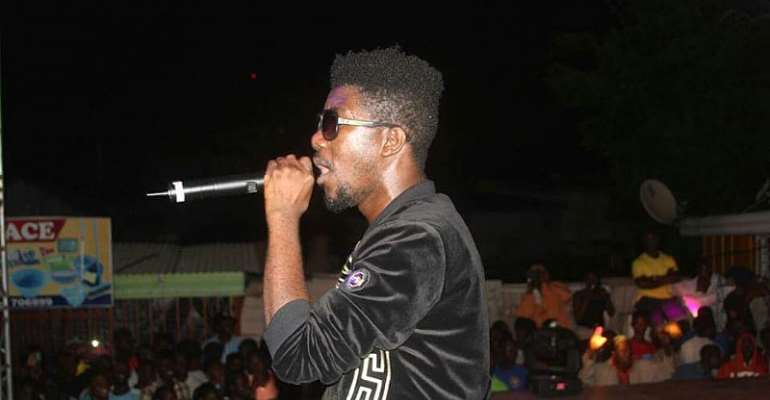 It was an irresistible feeling as the unbreakable music icon,Tic Tac, thrilled hundreds of music lovers at the forecourt of Oman fm in Madina.

The event which marked the eight years since the establishment of the Accra based radio station saw people from all and sundry gathered to celebrate music brewed in the Ghanaian pot.

The hiplife dynamo, who got the crowd chanting his name took his turn on the stage at a point where performances from had caused people to leave the event.

This, notwithstanding, the mention of Tic Tac by the Mc for the day Fiifi Boafo, sent the gathering into a frenzy mood, with people running helter-skelter, just to catch a glimpse of the hiplife gem.

With his spectacular rap style on a hippop beat as his intro,caused an uncontrollable excitement as they kept applauding.

It was time for him to commence the real business on the night, as he raised hit after hit and ended with his new single "Don't let your baby go" which was much received by the audience.

This coupled with the unflinching love expressed by the gathering, he threw his much desired spectacle into the crowd for grabs.

His name was on the lips of many after the show had come to a close.