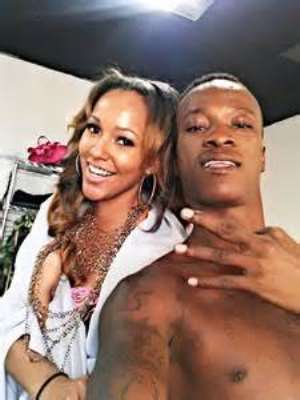 All is set for multi-talented Ghanaian musician, KK FOSU to premiere two (2) music videos off his upcoming ‘Ghana made’ album On August 29th in Virginia (U.S.A).

In an interview with PabbyNewsLive from the U.S.A this is what the Dstyler said ‘‘my team and I are busy working hard here to come out with something new to music lovers in the world. It is our dream to penetrate through the international music market and my works tell it all.

In fact, I am happy to announce to the world that on August 29th in Virginia (U.S.A) at the A & C Hall in Woodbridge I am premiering two (2) music videos off my upcoming ‘Ghana made’ album. First one being the most talked about up tempo club banger ‘#ENKASA’ which features Ghana’s finest musician of our time SAMINI and also the next one being crazy Lovers Rock ‘#ADEKYE_NSROMA’ all these music videos were shot in different locations in the U.S.A, even though I have not officially released these songs, so far they are very popular in Nite clubs and joints here in Virginia (U.S.A). It really tells me that, in next to no time the songs will be all over the world”.

According to KK FOSU and his Management 'JDS_PRODUCTIONZ', there are several projects in the pipeline which are Promotional Tour, Lunching of DS Live Band, Setting up Video And Audio Production Company in Ghana among others. His intended ‘Ghana Made’ album will feature seasoned African and International acts, so the world should watch out! He added.

He was enormously grateful to his U.S.A based management 'JDS_PRODUCTIONZ' and his fans worldwide for their support.