Cast Us In Your Movies -- Actor Cries Out 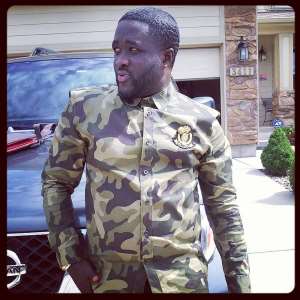 There is a very disturbing trend that is going on in Ghana’s entertainment industry, particularly in the movie world, Kumawood and Ghallywood.

This issue of celebrities crying out to the producers and directors for them to be cast in movies has been come a topical in Ghana.

The question to be asked is what has accounted for their early retirement?

But SeanCitygh.com in an exclusive interview with Nana Kwame all the way in United State of America, he said ‘’ our movie producers, directors and script writers must understand that what some of the experienced veteran actors bring on board to industry is valuable, something most of the new actors don’t have.

Adding that, there are roles that don’t cut for some of these young actors.

He said in Nollywood they have succeeded in finding roles for some of the old actors in some of their movies.

The likes of Olu Jacobs, Pete Edochie, and Patience Odzorkwo are cast in movies as rich men, fathers, mothers, chiefs etc and they play these roles with a touch of skills.

Sharpiro told SeanCitygh.com that he still can’t be convinced that these Nigerian veteran actors are better than their Ghanaian veteran counterparts.

He said it is a high time that the producers and directors organize a stakeholders meeting with the veteran actors and see the way forward of the industry.

" I think some of these veteran actors are willing to render their services if they are given the opportunity back to the industry, some of us are ready to negotiate our price"